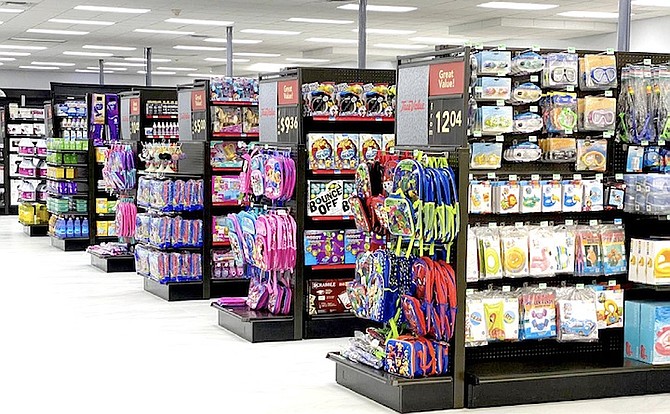 KELLY’S Freeport back in swing.

• 'Full force ahead' despite COVID-19 threats

A 55-year "cornerstone" of Grand Bahama's retail community is hoping the completion of its 13-month Hurricane Dorian recovery will serve as "inspiration" for other firms to undertake a similar journey.

Lynne Fraino, Kelly's (Freeport's) marketing executive, yesterday told Tribune Business it was "full force ahead" after the hardware and home centre retailer opened its revamped store following a 400-day transformation process in the wake of the Category Five storm's devastation.

The company, which has kept all its 115-strong workforce fully employed throughout both Dorian's aftermath and the COVID-19 pandemic, overcame the "huge setback" of the hurricane's storm surge to return its retail store to full business on October 5.

Recalling how the retail store appeared in early September 2019, following Dorian's passage, Ms Fraino said: "The storm surge had resulted in flooding throughout the entire store, in the warehouse and all of our offices as well. It was complete devastation.

"All of the store's fixtures, all of the shelving was toppled over. All the products were thrown about. It was a complete and utter mess inside the store. Everything was ruined. It was just very mind-blowing to see what happened inside the store."

With its retail arm out of action, Kelly's (Freeport) was forced to rely on its building materials department - which opened just three weeks after Dorian left Grand Bahama - to carry it through both the storm rebuilding and provide some much-needed revenue income amid the lockdowns and restrictions of the COVID-19 pandemic.

Ms Fraino said the post-Dorian clean-up effort inside the store took "months", with all staff members weighing in to remove the dirt, debris and other materials washed in by Dorian's storm surge. "It was definitely a challenge," she recalled. "Sometimes you felt defeated and helpless because you did not know how long it would go on .

"The scope of work was so extensive that it was physically and mentally taxing on the employees. It didn't matter what position you had in the company, everyone pitched in. Everyone got down and dirty."

The redesign of Kelly's (Freeport's) 30,000 square store was pieced together by its co-operative partner, True Value, which developed the layout plans. Ms Fraino said Christopher Lowe, one of its senior executives, led the construction/renovation effort that involved "a very significant reinvestment" although no price tag has been placed on it.

The redesign raised the store to a higher level to guard against future storm surges, while also placing it on one level with an open floor plan. New departments have been created, and products moved around, in a store that Ms Fraino said has been given a "complete new look" with everything from the ceiling tiles to the flooring, fixtures, fittings and air conditioning installed as new.

"It was a huge setback, but your setbacks come to propel you forward and advance us," she added. "It [Dorian] definitely motivated us for a strong comeback. We are such a cornerstone for Grand Bahama, and we are full force ahead."

Voicing optimism that Kelly's (Freeport's) full recovery, together with that of the Bahamian Brewery and Beverage Company, can be an "inspiration" for Grand Bahama-based companies of all sizes to follow suit, Ms Fraino said: "It wasn't easy, but we had to finish the rebuild. It wasn't an option, and that's what we did.

"You can be completely wiped out, and completely devastated and in disarray, but you can find the strength and the spirit to come back and rebuild better than it was before."

Lynn Lowe, Kelly's (Freeport's) managing director, said in a statement that there was "nothing left here that was here before the storm.” She added: "Be patient with us as we balance the excitement of re-opening with important safety measures. It’s been 400 days, but we are grateful and excited for our comeback.

“From the first day after the storm that we were able to get to Kelly’s, my staff was here, and they never left me. Without them - all of them collectively - we would not be here. Everything you see here that’s been done, except for the construction, was done by them.

“Some cashiers were stocking shelves, some sales personnel were washing things and trying to save what we could save. Everyone was humble enough to fill whatever role needed to be filled so we could rebuild.”

Mrs Lowe added that True Value was introducing new products to bring a “fresh look" to the new store, with Christmas items set to be added soon.

Kelly's needs to be congratulated. They have shown faith in the Grand Bahama community.

They could have done like Hutchison, take the insurance money and run.

Insted, they have persevered through a grueling clean up, and then a througher renovation.

Through all this, they kept their employees and, I understand, continued to pay salaries.

yes all the best to them.

Lynn Lowe I love your determination to rebuild. Your Mum and Dad would be so proud of you! You go girl! Xo