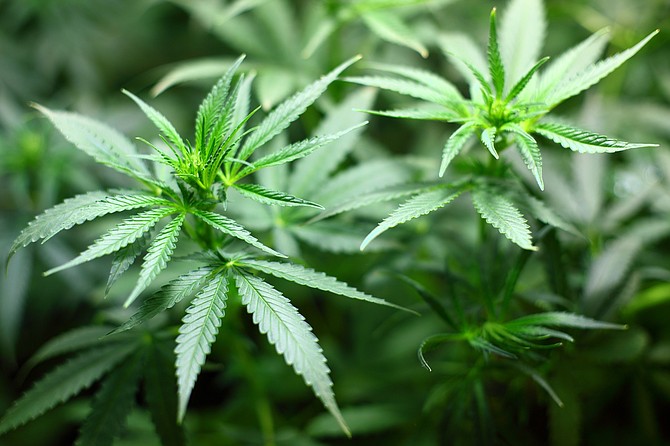 The Bahamas faces "a dilemma and serious concern" in developing a medical marijuana/hemp industry due to US legal restrictions, a Government advisory body co-chair conceded yesterday.

Quinn McCartney, who heads the National Commission on Marijuana with Bishop Simeon Hall, told Tribune Business The Bahamas cannot afford to be cut-off from the US financial and economic system by Bahamian banks losing their correspondent relationships due to concerns about a legalised industry conflicting with US federal law.

Speaking after two prominent bankers sounded the alarm over this issue, Mr McCartney said the threat posed to The Bahamas developing its own medical marijuana/hemp industry was something already on the Commission's "radar".

He added that the matter had been brought to its attention by Jamaica, which had detailed the problems experienced by its banks over their US correspondent relationships ever since it unveiled a legalised marijuana industry in 2015-2016.

Mr McCartney, who also heads the Financial Intelligence Unit (FIU), said that post made him all too aware that The Bahamas cannot afford for a legalised medical marijuana/hemp sector to keep its monies outside the formal banking industry as this could lead to the creation of a parallel financial system and/or underground economy.

This occurred with the web shop industry pre-legalisation, and the National Commission co-chair acknowledged that a repeat could see The Bahamas attract increased scrutiny from global bodies responsible for ensuring compliance with anti-money laundering standards.

However, Mr McCartney said it was vital that The Bahamas not be deterred from "putting in the ground work now" to come up with the structure for a viable medical marijuana and hemp industry given that US federal law will likely alter at some point to permit such activities.

While the National Commission on Marijuana has received no formal submission from Bahamian commercial banks on the problems a legalised marijuana industry may create, Mr McCartney said he had discussed the matter with Gowon Bowe, Fidelity Bank (Bahamas) chief executive, as well as being informed of the difficulties encountered by Jamaican banks.

"We are aware that this will be a challenge in terms of how this country moves," Mr McCartney told this newspaper, "and it's certainly something that will be mentioned in our final report. It is a concern because the reality is the US is our largest neighbour to the north, and all of our commercial banks have relationships with the US so we must be compliant with their regulations.

"That is an issue that will have to be addressed and looked at significantly to see how we can operate [a legal marijuana industry] if we are allowed to. Jamaica has pointed out to us the impact it is having on the industry over there because of the limitations and restrictions set by the US. The Commission realises this is an obstacle that has to be dealt with if we want a viable industry."

Many US states have legalised marijuana, especially for medicinal purposes, and community and state banks accept its monies. However, US federal law largely prohibits any activities associated with its cultivation and use, and it is this which governs the major American and multinational banks who hold the correspondent relationships with their Bahamian counterparts.

As a result, Mr Bowe and Kenrick Brathwaite, the Clearing Banks Association's chairman, revealed they were bluntly warned last year that Bahamian commercial banks could lose these ties if they accepted clients or deposits from a marijuana industry and its players even if they were legalised under this nation's laws.

Losing these correspondent banking relationships would effectively bring the Bahamian economy to a grinding halt, as it would be cut off from the US dollar currency sources that are vital to the conduct of this nation's international trade and paying for its imports.

As a nation that imports virtually all it consumes, with most goods originating from or transiting the US, access to US dollars through these ties is vital for Bahamian companies and individuals to execute and clear these transactions.

Access to US currency, and such clearing and settlement facilities, is exactly what is provided by these correspondent relationships, meaning in effect that correspondent banking is the glue that binds the Bahamian economic system together and lubricates its international business centre model.

"That is a dilemma and serious concern for our country," Mr McCartney told Tribune Business of the potential all-out for correspondent banking and the wider Bahamian economy. "Our financial services industry is critical to our economy, and we don't want to create any additional upset to our society or country based on actions that may cause problems for our banks."

However, he added that the situation should not discourage The Bahamas from analysing the feasibility of a medical marijuana and/or hemp industry especially since the whole world - including the US - appeared to be moving towards legalisation eventually.

"Notwithstanding the challenges, the exercise in terms of looking at it - whether the decision is made now or taken later - it's important to put in the ground work now," Mr McCartney said. "It's [the US concerns] not an impediment to the discussion and work we're doing in the interim."

He conceded, though, that The Bahamas must "at all costs" avoid a situation where a legalised marijuana industry was unbanked, and unable to deposit its revenues and earnings with the formal Bahamian banking system, due to fears about the potential consequences for correspondent banking relationships.

"The reality is it cannot survive as a cash-based industry because you have to bank the money," Mr McCartney said. "We want to make sure any business entities operating in this country are legitimate businesses that operate above board.

"If it operates as a sub [underground] or parallel entity, it makes regulation much more difficult. I hope that anything we do meets the scrutiny of international organisations and good business practices. We certainly want any industry in this country to be compliant with all our international obligations."

Messrs Bowe and Brathwaite said Canadian banks were having to go to great lengths to comply with US federal law by ensuring that no marijuana-related monies are involved in cross-border transactions - a task they described as onerous, costly and time-consuming.

medical is legal in FL. Who cares about the money. Why are people trying to monetize it already? the idea is to stop wasting public funds putting young men and women behind bars and ruining their life prospects with a criminal record forever. Keep your eye on the main point of saving tax dollars by not incarcerating and stop ruining peoples lives. It doesn't need to be a big business. It just needs to stop being illegal and ruining lives. A large percentage of your population already partake, having it illegal just burdens the system and diverts scant resources. Case in Point - RBDF and RBPF were out scouring Abaco for nefarious growers found a guy growing a few for personal use in the bush AND that same weekend there a half dozen burglaries in the middle of Marsh Harbour. Is that really what law enforcement should be focused on? Silly arguments.

At the same time don't let that be an excuse for not passing the decriminalization of cannabis and the fining and locking people up and giving them a record for a small amount.

It is legal in Canada. Their banks have already solved the problem. Any industries here that get into it will just have to bank with Canadian banks instead of the 2 local banks.

LOL. You clearly don't have the slightest clue as to how the correspondent banking system works.

Ok first of all US, please cut it out with the scaremongering. This threatening to shut down operation or ties with The Bahamas will hurt your economy more than it will hurt us. You all make trillions off of our resources, agriculture and consumers. To think you all have rights to think of us as puppets on your string of indecency is ludicrous. Secondly, do you think The Bahamian people are retarded. We do not want a bunch of people driving on the road trampling over pedestrians because they are high from too much Marijuana consumption. Obviously we know regulations and laws need to be put into place to control over abuse. No one wants history repeating itself. So the best course of action is to have Marijuana strictly prescribed by approved medical doctors and each person that is found in possession of it to prove that document. That's my two cents! #pointblankperiod.

One would have thought they would have researched this matter. before making what they believe is a great get-rich plan.

The miracle drug. that will heal all wounds. It is my hope that they will lite up first. them and those they love.