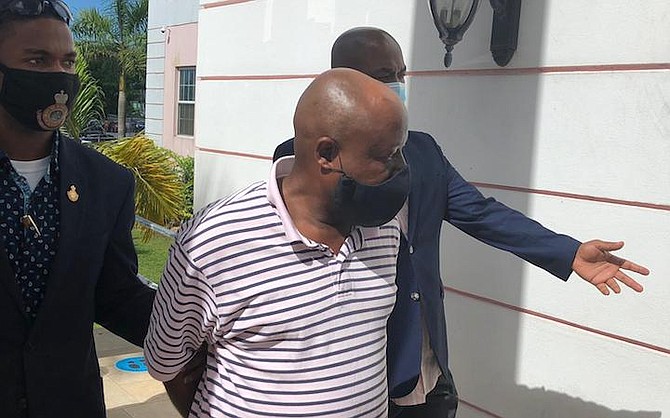 A FORMER police sergeant was charged with manslaughter in connection with the shooting death of an Exuma man on Wednesday.

Initial reports from police said the incident, which involved an off-duty police officer, occurred shortly after 9pm in Harts, Exuma.

“A male victim was transported to the Exuma medical facility to be treated,” police initially reported.

“Air Ambulance was summoned to transport the victim to New Providence. While at the Exuma International Airport awaiting transport, sometime around 11pm the victim succumbed to his injuries. The officer involved has been relieved of his duties and is assisting police with the investigation.”

During the hearing, Anderson was not required to enter a plea and the matter was adjourned to January 18, 2021 for service of a voluntary bill of indictment (VBI).

The accused was denied bail and remanded to the Bahamas Department of Correctional Services until that time.

His attorney, K Melvin Munroe, indicated he was in the process of applying to the Supreme Court for bail for his client.