ActivTrades: The end of the road for the dollar? 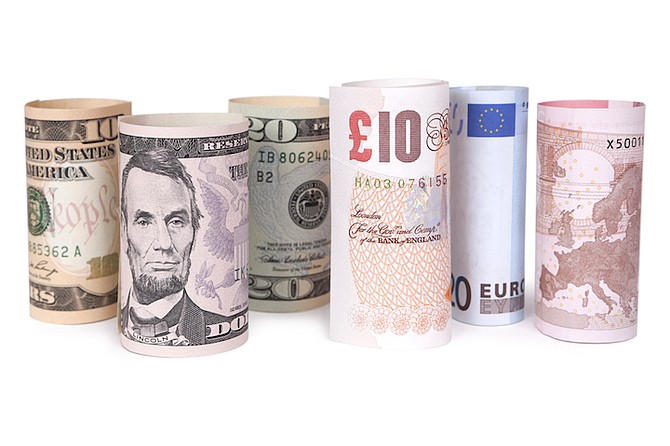 The economic and political concept of monetary hegemony was coined by the economist Michael Hudson in 1972, when he published Super Imperialism. In the book, the author analysed the conditions that made it possible for one single country to dominate the international monetary system, focusing on the United States path to establishing itself as the global monetary tune-setter after the end of World War II. However, the US wasn’t the first modern era country to enjoy such status; Great Britain was the precursor in using monetary supremacy to dominate international trade and, to a large extent, dictate the global geo-political agenda.

The United Kingdom was the leading global power during the whole of the 19th century and beginning of the 20th. Supported by the strength of the Royal Navy, the undisputed ruler of the seas in those days, and a vast empire that stretched to the four corners of the planet, the British were able to set the pace of global monetary policy. London became the world’s financial hub and the sterling, thanks to the adoption of the gold standard, grew into being the prevailing currency in international transactions. World War I triggered the end of this reign, as a heavily battered Britain started to lose international power and new financial capitals, such as New York and Paris, emerged to cast a shadow over London’s previous preponderance.

But it wasn’t until the 1940’s that a new global economic giant emerged. I am of course referring to the United States of America. The new super-power based its supremacy in principles of altruism and multilateralism, illustrated by the Marshal plan and the crucial role it played in the reconstruction of post war Europe. The Bretton Woods monetary system was implemented but eventually the gold standard was abandoned, and central banks started accumulating large swaths of dollar denominated assets in order to maintain stability for their own free-floating fiat currencies. International trade and commodity prices became predominantly denominated in dollars, with greenbacks, as the American bank notes are known, gaining an aura of instant recognisability as the world’s most iconic symbol of money. The US dollar became the world’s reserve currency, especially for the many emerging economies keeping a peg to international exchange rates as the foundation of their monetary policies.

The globalisation and multilateralism that emerged in the aftermath of World War II appear increasingly threatened by the growing tensions between the US and China, as well as by populist movements based on nationalistic ideals. Meanwhile, the American share of global trade has been declining, while that of countries’ such as China has boomed, resulting in several countries now receiving more export linked payments in Euros than dollars. Many observers believe the days of the greenback’s monetary hegemony may be counted, however, at least for the moment, no other currency, including the euro and the yuan, seems close to taking over. In any case, should the dollar lose its global reserve currency status, it is unlikely that the fact itself will be capturing headlines, just like the dominant narrative during the 1940’s was not about the sterling’s decline.