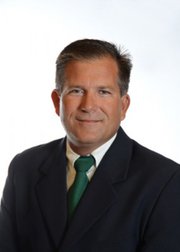 Abaco business and community leaders yesterday said they were "dumbfounded" that The Bahamas' top police officer would refute a crime "epidemic" that threatens to destroy post-Dorian recovery.

Roscoe Thompson, the Marsh Harbour/Spring City Council’s head, and Ken Hutton, the island's Chamber of Commerce president, both told Tribune Business that the 39 percent year-over-year crime decline cited by Paul Rolle, the police commissioner, merely reflected that many Abaconians had given up reporting such incidents.

Describing thefts from homes and businesses as "rampant", they said 10-12 such crimes had occurred in the Marsh Harbour and central Abaco area alone over the past week. Mr Thompson, in particular, gave this newspaper a list of homeowners and businesses that had fallen victim to this.

The duo, speaking in separate interviews, warned that the lack of security threatened to derail the island's ongoing efforts to rebuild from the devastation inflicted more than 12 months ago by Hurricane Dorian.

They added that daily-occurring thefts, and the associated costs they impose, will deter business owners and second homeowners - the "lifeline" of the island's economy pre-Dorian - from returning to rebuild their homes and enterprises, thereby depriving Abaco of much-needed growth and job creation.

"I think it's pretty clear the people have lost a good deal of faith in law enforcement to do their job because there are not enough of them. As a result, they're not reporting crime. It's not that crime is down; it's that people have lost faith in the system," Mr Hutton told this newspaper.

"It's rampant. Theft is rampant here. It's absolutely an epidemic. You have to literally tie everything down in the night and hope it is there in the morning. My businesses are still getting broken into on a regular basis.

"I think what you're going to find is people are not going to move to somewhere where they don't feel secure. Security is the number one thing. If people don't feel secure, it's not just the locals, there's the driving force of the Abaco economy; the second homeowners," he added.

Mr Hutton's position was echoed by Mr Thompson, who told Tribune Business he was "dumbfounded" and "very shocked" that then police commissioner would describe the island's present crime woes as "fake" since it suggested law enforcement's top officers were out of touch with what was happening on the ground.

Suggesting that many Abaconians had been unable to contact the police to report thefts and other incidents, the Marsh Harbour/Spring City Council chief said he was presented with four new contact numbers to pass on to the community after finally securing a meeting with Chief Superintendent Smith on Monday.

Revealing that the officer admitted the police are undermanned on Abaco, and lack the necessary vehicles, Mr Thompson said enforcement of the COVID-19 emergency orders is also lacking. He cited the operation of several bars, and an incident in one where an off-duty Royal Bahamas Defence Force officer allegedly brandished a firearm.

Noting that these bars remained open despite being reported to authorities, he said he personally knew of 10-12 thefts that had occurred in the Marsh Harbour/Central Abaco area over the past week.

"I'll be honest with you. I'm very disappointed in the Government thinking nothing is going on in Abaco, and when you speak to the people something is happening every day or other day," Mr Thompson said.

"It isn't like we're asking for much. All we're asking for is more of a police presence in the Central Abaco area, with some roadblocks at night. People are breaking the curfew at night. Their [the police's] response is they have no place to hold people arrested. I'm very disappointed.

"It's going to hurt the growth of Marsh Harbour and Abaco coming back. If they can't control the crime people are not going to want to come back." Naming several incidents and victims, Mr Thompson continued: "Ms Reckley, her husband had a stroke eight months ago. We donated stuff for her to rebuild her home, ourselves and a non-profit group, and they stole the materials donated.

"That's $2,000-$3,000 worth of materials. That's not petty. I can do down the list. Abaco Gold was a jewellery store and clothing boutique. Mr Pinder had just put in a new window and there was nothing in there, yet they booted it out.

"Kevin Sawyer at Island Boy Tackle and Marine, they stole the lower unit off one of his engines, and broke in and stole stuff out of the shop. Auto Marine Professionals, my brother-in-law, between Friday and Saturday they broke in," he continued.

"In Dundas Town they broke into a home and stole supplies and a generator. Krista Albury, the Chamber of Commerce director, her place was burglarised three times. People are getting discouraged because there's no control on the crime. People wanting to come back, they're seeing there's no police here, there's no law and order here right now.

"It's heart-wrenching. It's hurting us. Me publicising it doesn't help us, but I don't know any way of getting the Government's attention. The petty crimes have been non-stop for the past two weeks. Something is happening every day. If not in Treasure Cay, it's in Hope Town, and if not in Marsh Harbour, it's in Dundas Town or Murphy Town."

As for the economic fall-out and impact on Abaco's recovery, Mr Thompson added: "Why would people come back and invest $50,000-$70,000 in a business in Abaco if crime is not brought under control? I wouldn't do it. If I was in Nassau thinking of a business in Abaco, I would think twice about it.

"It's discouraging. That's a word I can say over and over. It's discouraging to the homeowners who are trying to invest money back, but if things get stolen they will think twice about rebuilding and that's going to hurt us in the long run.

"In all honesty I don't know where we're going to go. If we don't do something about it, it's going to be devastating to our economy and island, not just in Marsh Harbour but Dundas Town and the surrounding cays and other settlements. It will be devastating to this area because our economy relies on a trickle down effect."

Mr Hutton said crime on Abaco had become "more prevalent" since Dorian as more persons returned to the island. He described police complaints over a lack of accommodation as "an excuse", adding that a location should not be allowed to become "lawless" because of it.

"We've been hit by everything except an alien invasion in the last 12 months," the Chamber president added, "but I have to say it's going to be a very serious negative impact if not dealt with."

This represents a total dereliction of duty on behalf of the Government.

Minnis, Dames and Commissioner Rolle each serve no purpose in our country today and therefore all of us would be much better off without them.

They are worse than useless, THEY ARE THE PROBLEM! Don't forget to throw the Director/Minister of Immigration into the mix!

Hope Town native Comrade Roscoe's concern for Abaco is among the most genuine as there is on the ground.
Just maybe the time arrived when Abacoians must unite around demanding greater autonomy over the daily governing affairs Abaco's Out Islands, Cays, and Rocks.
Put real teeth behind the meaning Local Government. A nod of Once for Yeah, Twice for No?

wow, something that is actually mostly understandable. have you been studying tal?

Did I read the words "alien invasion"? Come on fellas, let's get real here. That invasion took place years ago.

Who did the police commissioner get his information from? Well he didn't know he had 80 COVID infected officers either. it's consistent if that counts for anything

What else would you expect from the police but a total bonehead report. Just the fact that they are comparing year over year when maybe 1% of the second homeowners are on island shows the ludicrous of this report! It shows how absolutely out of touch the police force is and why the bad guys know they can get away with just about anything. To claim there is no living quarters is also ridiculous. What about all of us who survived Dorian? We aren’t living in the lap of luxury. I am so sick and tired of hearing all the whining about mental fatigue and living conditions. Are there no real men left in our country? What happened to the police being the strong and the brave? Oh, gee, we’d hate to have them suffer a little bit like the rest of us. What about the fact they are getting paid while those of us that rely on tourism are scrounging while they sit on their ass drawing a government paycheck? The police are part of the problem not part of the solution.

The same rules should apply the Royal Constabulary should they do it about Abaco's currently daily crime situation, cause whilst you as a PopoulacesOrdinary at large on Abaco POALOA - does have the right to remain silent, you do not have the right to lie to the constabulary. However, if you are an Abacoian charged with an offense, lying to the Commish is goin' hurt your credibility to defend yourself once you stand before a judge or jury. A nod of Once for Yeah, Twice for No?

AIM high young Thompson ... read ... and understand your History ... your Forefathers had a Plan for the future of Abaco.

District Constables. The System provides for them, and specifically for this type situation. But they don't want to deputize Responsible citizens. They don't even understand their own structure or resources at hand. Imagine if the responsible citizens in charge of their own security send 40-50 perps on the mail boat to be charged in Nassau. Seems the police cannot Control Crime, so they'll settle for Controlling the Honest citizen. except Curfews and lockdowns are even beyond police control apparently.

Perhaps the removal of the right hand and the left foot of perpetrators as the Masai in East Africa did to make it easy to recognise them and to make it more difficult for them should they decide to return to that form of occupation.