Stateside: Us Politics - History Shows It’S All About Keeping It In The Family 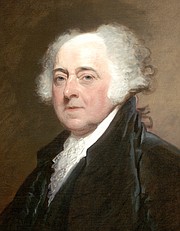 We all know that the head of government here in The Bahamas is the Prime Minister, chosen in general elections held every five years since independence. The head of state is Queen Elizabeth II of Great Britain and Northern Ireland. No election is needed to reaffirm that fact.

Avoiding that dichotomy was one of the objectives of the American Revolution that secured independence from the British Empire. The US celebrated its 244th anniversary of independence a couple of months ago.

So America doesn’t have a king or queen. There is no right enshrined in the American constitution of succession from one political leader to his or her eldest child. Furthermore, and perhaps as a residue from Revolutionary War times, family political dynasties have been traditionally frowned upon in the US.

But that hasn’t kept lots of wealthy, well-connected families from trying to establish their own political right of succession. Some have succeeded. Some have not. Still others have enjoyed sustained prominence but eventually faded from the public view.

Now, two families are trying to build or reestablish political dynasties. One is headed by the current US President. The other is the Kennedys.

Historically, despite the revolutionary aspirations that led to American independence, there have been many prominent family dynasties. In fact, it started quite early.

The second American President, back in the 18th Century, was John Adams. The sixth US President was his eldest son, John Quincy Adams. Well educated and having served as the US Secretary of State, the younger Adams would have been a good candidate even without his family ties and name recognition.

So far as we can tell, no one called them Adams 2 and Adams 6. The numerology game would wait until the Bush dynasty (“Bush 41 and Bush 43”) of much more recent years.

In the first half of the 20th Century, the Tafts and the Roosevelts were among the most prominent American political families.

William Howard Taft, perhaps the most rotund US President, took office for his one term in the White House in 1913. (He later served as Chief Justice of the US Supreme Court.) Taft’s son Robert Taft, scion of this dominant Ohio Republican political dynasty, served in the US Senate from 1938-53, trying unsuccessfully three times for his party’s presidential nomination.

Senator Taft was a staunch conservative and isolationist who stoutly opposed Franklin Roosevelt’s effort to aid the Western allies against Hitler. He also co-authored the anti-union Taft-Hartley Act.

His son, “Young Bob” Taft, was elected Ohio governor and served from 1999-2007. Dogged by a corruption scandal, however, he had the distinction of earning an approval rating during his second term of 6.5 percent, regarded as the lowest rating ever achieved by a serving US governor.

Most of these Tafts were educated at the Taft School, a private prep school in Connecticut founded by President Taft’s brother. Many other Taft males served in federal executive positions and overseas as ambassadors. But after Young Bob’s difficulties, the family has receded from public life.

While Teddy was a famous outdoorsman who popularized America’s national park system, FDR was a cerebral cripple who helped guide the nation through both the Great Depression and World War II. Both Roosevelts, closely associated with New York City and environs, were American political giants. 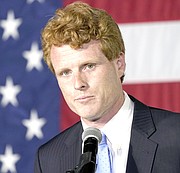 The family has provided members of the federal government, judiciary and clergy over the years, but like the Tafts, it has largely remained out of public view more recently.

The Bushes, on the other hand, are still active in public life. While George W Bush has been largely quiet since his second term ended in January 2009, his brother Jeb, the former Florida governor, acidly contested with President Donald Trump during the 2016 primary election process. The icy relations between Trump and the Bushes were on televised display at the funeral of George H W Bush in December 2018.

Bush 43 has said he will not vote for Trump in November. Jeb Bush remains publicly undecided. But the only Bush still holding elective office, Texas Land Commissioner George P. Bush, said Tuesday that Trump is “the only thing standing between America and socialism”.

He has been a Trump supporter for a while, and has said he will vote for the President in eight weeks. Darkly handsome George P, son of Jeb, is the family’s current best hope for future electoral prominence.

For most Americans though, despite the historical prominence of these three families among many others, the predominant political dynasty in the US for the last half century has been the Kennedy clan.

Books have been written about the Kennedys. Airports, cultural landmarks, athletic stadiums, countless schools and other public places have been named for the three Kennedy brothers who served in the US Senate during the last century and of whom one was elected President in 1960.

John, Robert and Ted Kennedy were all larger than life political figures in the US. Supported by a family fortune, prepped by their influential father for political prominence and blessed with oratorical brilliance and theatrical good looks, these three lit up America’s political life for decades.

They were also reputedly all serial philanderers whose escapades attracted attention from everyone from FBI director J Edgar Hoover to the National Enquirer. But despite that air of scandal, many Americans regarded Jack, Bobby and Teddy with great affection and admiration. An outpouring of national grief followed the assassinations of Jack and Bobby in the 1960s.

The three brothers left a political legacy. Their many progeny occasionally tried to revive that legacy, with some running for Congress or holding appointed positions. But perhaps the boldest attempt came this year. One of Bobby’s sons, Congressman Joe Kennedy, tried to unseat an incumbent Democratic senator from Massachusetts in a primary election held earlier this month. His opponent was the incumbent Democrat and career politician, 74-year-old Ed Markey.

As the New York Times reported, “when Representative Joe Kennedy, a rising star in the House, entered the Senate race, it looked as if Markey would lose. No Kennedy had ever lost an election in Massachusetts. Markey, who won his seat in a 2013 special election, wasn’t disliked, but he wasn’t particularly well known.”

The political consensus in Massachusetts was that Kennedy could not be beaten. He enjoyed big leads in the polls all through last year.

Respected on-line journal Politico reported at one point that Kennedy would be such a formidable opponent that Markey ought to retire to avoid an embarrassing defeat. 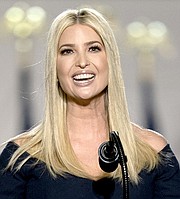 But none of that happened. Markey won the primary, and will likely coast to victory in November’s general election. He was buoyed by strong support from Alexandria Ocasio-Cortez, with whom he sponsored Green New Deal legislation in Congress.

As primary elections often do, this one turned on superior organization and passion. There was more of it from those supporting Markey. The Kennedy dynastic revival will have to wait for a while longer.

President Trump has frequently mused that he would like one of his children to succeed him, and most observers suspect his preference would be for daughter Ivanka. Almost as soon as he took office, Trump appointed both Ivanka and her husband Jared Kushner as senior advisers and he has given to both some weighty responsibilities.

You can argue about whether they were even remotely qualified for the assignments they were given, but it is hard to deny these members of the next Trump generation have gained experience seldom achieved at their relatively young ages. And Ivanka is heir to the family brand.

Meanwhile, Liz Cheney, daughter of former Vice President Dick Cheney, represents Wyoming in the House of Representatives and is the third-highest ranking member of its Republican hierarchy. Some observers feel Liz Cheney could someday defy prognosticators and become the first female President – as a Republican.

New American families replace old ones, still seeking royal prerogatives in a democratic society without a monarch. Maybe the more things change, the more they do stay the same.