Activtrades: Tech Shares Rally – Is It A Massive Bubble About To Burst?

Given the economic fallout wreaked by COVID-19, it is little surprise to see the macroeconomic figures of a large majority of countries falling sharply, while many companies have reduced their target profit for this year and for 2021. Yet despite all this, US indices just reached new all-time records, with the Nasdaq in particular showing the most dramatic rally.

The contrasting fortunes of the stock markets versus the fundamental backdrop raises the inevitable question… is the rally sustainable or is it a bubble about to burst? How much of these supercharged gains is the result of central banks’ pumping seemingly unlimited amounts of capital into the system, distorting the true value of stock markets as a result? 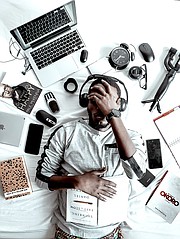 Let’s go back a few months in order to watch the movie from the beginning.

Earlier in January, analysts were discussing the possibility of a tech bubble, with the Nasdaq index climbing above 9,000 points and even threatening 10,000. However, once the COVID-19 panic was in full swing, from the second half of February the Nasdaq saw as much as 30% wiped off its value, plunging down to 6,800 points in the middle of March. From that point, we have seen a massive recovery, with the tech index gaining an astonishing 80% in just five months.

The intervention by central banks generated fresh optimism on stock markets with investors beginning to expect a “V-shaped” economic recovery. As a result, they started to buy back stocks, particularly those of the tech sectors as demand for their products surged with large swathes of the global population working from home.

The so called “FANG” stocks, an abbreviation referring to Facebook, Amazon, Netflix and Google (or Alphabet as it is listed on Nasdaq), were leading the recovery, driving the index to a record high in June. Tesla, the headline-grabbing manufacturer of electric cars and batteries, jumped by 400% in just a few months.

Surely that must be it? Nope. The Nasdaq smashed through 10,000 points, continuing its rally up to 12,500 with the FANG stocks leading this triumphal march and Tesla achieving a market cap of $400bn and a scarcely believable price/earnings (P/E) ratio of 1,000. To put that valuation into context, Tesla’s market cap was more than double the valuation of Toyota, the second largest car producer in the world. In fact, Tesla’s became more valuable than the sum of Audi, Volkswagen, General Motors (Ford), Ferrari, Fiat Chrysler, BMW and Honda.

In the last few days, we have seen a significant market correction across the tech sector, which pulled down price by around 10%. It almost seems like markets suddenly realised that many stocks were priced way higher than their real value. For some analysts this is the first signal of an upcoming inversion, for others is just a healthy and psychological break in an unstoppable rally.

During this pause for breath, investors have the chance to reflect on how sustainable the rally is. Given the fact the majority of tech stocks don’t pay any dividends, the share price is the key factor in deciding whether to buy or sell them. Yet despite their rocket-high valuations and skyscraper P/E ratios, investors keep on buying them.

The demand for the technologies certainly looks set to continue for the foreseeable future but investors will surely soon be wanting to see more bottom-line profit to justify their continued faith in FANG and Tesla. But then again, the same question was true back in June and that didn’t derail the rally. 2020 is certainly proving a year in which the trading rulebook has been thrown out the window. A time for cool heads and brave hearts.