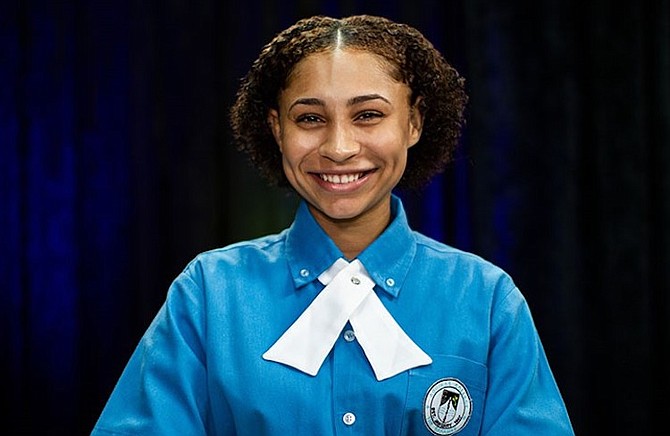 AQUINAS College student Sierra Ferguson has been declared the overall winner and top scorer of the senior division of the 2020 Laws of Life essay competition.

The 2020 competition was launched in December 2019 and concluded in mid-February.

This year, the competition had an overwhelming response from students.

Students were required, as they are each year, to select a law, expound upon its meaning and offer real-life and personal examples of the law in action.

Due to the current COVID-19 pandemic, this year’s awards ceremony was held virtually on Thursday, September 10.

Dr Andrew Serazin, president of the Templeton World Charity Foundation, expressed gratitude to the students for their participation.

“The ‘laws of life’ are what really matters during these challenging times,” he said. “The laws give us the courage to see what is real, to judge fact from fiction, and to see truth no matter where we find ourselves.”

Education Minister Jeff Lloyd congratulated the finalists and commended their efforts while expressing his approval of the original intent of the competition.

“I am particularly pleased with the diversity of topics, all which called for students to interpret, investigate, research and arise at conclusions. . .,” he said.

In total, there were approximately 3,000 entries in primary, junior, senior, college and video divisions. This number has broken all previous records set by the competition, representatives said. The winners in the primary, junior, and senior categories each receive a scholarship prize of $1,000 as well as a $1,000 cash prize for their school.

Good job Ms Ferguson. Perhaps they can do a followup to talk about what made the essay the winning essay and about your future aspirations. Keep up the good work.