Insight: It's Time People Grew Up And Really Throw Themselves At This Problem 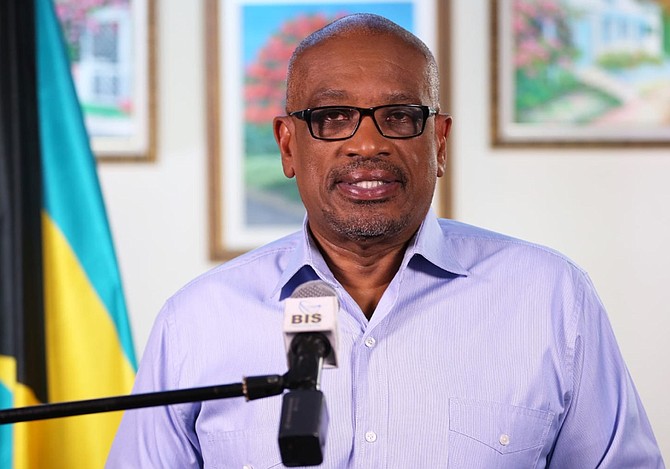 OVER the past ten months, more than 30 million people have contracted COVID-19 and just over three percent – almost one million people - have died as a result.

We have of course dealt with infectious disease previously in the flu – although it is not nearly as fatal. The World Health Organisation (WHO) estimates the flu kills between 290,000 to 650,000 people a year globally.

The top infectious disease expert in the US, Dr Anthony Fauci, outlined the stark contrast back in March when we were on the precipice of the global pandemic. “The seasonal flu that we deal with every year has a mortality of 0.1 percent,” he told a hearing of the House Oversight and Reform Committee on coronavirus preparedness, adding that COVID-19 is “10 times more lethal than the seasonal flu”.

The Bahamas’ COVID-19 test positivity rate currently stands at 20 percent – four times the amount recommended by the WHO for reopening. Yet, here we are, left without much alternative. Either we wait it out and watch the rest of our economy evaporate into thin air, or we hold the line with the hope that citizens can be responsible and make the best decisions.

To draw a comparison, the US - the poster child for a failed COVID-19 response - has a 14 percent positivity rate and is galaxies better equipped to battle with this virus. We don’t have the means, the capacity and, as disappointing as it may be, seemingly the maturity – or at least, we have yet to display it – to take on this virus.

Bahamians consistently disregarding social distancing protocols and breathing down one another’s necks at line-ups is very worrying while new cases continue to pop up.

Certainly, I am not the only person to feel concerned after tuning into a sitting of Parliament to see the lack of social distancing, improper wearing of masks and other forms of hypocrisy in relation to the protocols established by our health officials.

Notwithstanding the instances where both the Prime Minister and Deputy Prime Minister quarantined after being exposed to COVID-19. However, the news that a Parliament staffer tested positive for COVID-19 and the very next day, Parliament took place, sent the absolute wrong message to the Bahamian people. Particularly for the Prime Minister, one who has imposed lockdown after lockdown, taking the posture that he would do what is necessary to keep the Bahamian people safe, how can such blatant recklessness encourage citizens to do what we have to do?

That disconnect has been problematic for a populace that has, in some quarters, already shown a propensity to buck the guidelines and dismiss the virus as a hoax being propagated by ill-meaning conspirators from some dark corner of the world.

Additionally, the attacks on the opposition leader and dissemination of inaccurate information relative to the way antibodies and immunity works were unbecoming of a head of state - and a doctor at that.

Why would we resort to dumbing down our response in that manner? Now is not the time for that.

Prime Minister Minnis knows better. And likewise, he has done better by the Bahamian people throughout the pandemic. Yet, we continue to have these oddly-timed antics that often appear to be politically driven when we all need to be more level-headed.

Unable to ignore the urge to question why Davis was not present in Parliament when he should be fully aware of the policies outlined in the emergency order that he brought to the Bahamian people, Minnis has once again done the dance of a few steps forward and a few steps back.

Unfortunately, it goes without saying many Bahamians – those whose votes have to be earned and not merely given - are not impressed.

In all of this, perhaps a better question to ask ourselves is if we, as a voting public, should be taken seriously?

From time immemorial, our penchant to align ourselves with political parties above our allegiance to this country is what hamstrings us. Indeed, in the context of The Bahamas, the concept of a party base has been the greatest impediment to our progress.

As long as the litmus test for Bahamian leadership is a contest where anyone can waltz in and get a ribbon without having to earn it, we need not be surprised when adversity knocks us senseless. Bahamian politicians know they don’t need to take us seriously, as we rarely take ourselves or the power of our vote seriously. And it doesn’t matter who is in power. So, let’s not see this as an assault on the Prime Minister, but rather, a push for the Bahamian people – including the Prime Minister – to wake up and approach the times we are living in with the appropriate level of poise.

The next few years are going to take a much more mature brand of politics. Surely, the last year has shown us we are going to be tested on an advanced level. And our leaders are going to fail, unless the process by which they get the job is as rigorous as we can make it.

Try and pick the better Govetnment for 2022. Is it the PLP? The DNA? Or the FNM? Frying pan, fire, or furnace. We are doomed!

Have no fear. The Liberated Bahamian Front (LBF) is on its ways to rescue the people from the likes of Minnis and Davis.

somewhat like saying the PM is a shepherd. 89 people died. really foolish policies. that makes no sense.. like going to the food store by your last name.,how many may attend a service. parts stores open but no mechanics. Beaches closed. now open in Nassau and GB until noon. so many things that even a young small child would know better.

He ruined the Bahamian economy which is all he had . Keep trying Strachan but time is running out. for your shepherd.

The PM sits in the house with no mask chewing gum. Did you miss that Strachan??