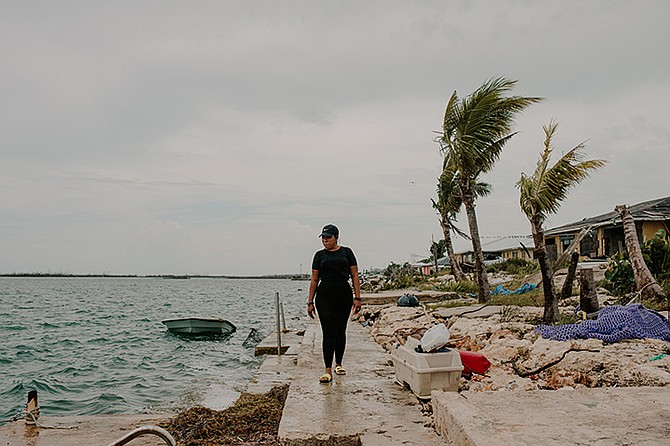 AFTER SURVIVING three nights at the mercy of the ocean during Hurricane Dorian, Bahamian Baronette “Barri” Thomas was airlifted to the Princess Margaret Hospital in Nassau on September 4, 2019. Her husband and three children were never to be seen again.

It has been a year since Hurrican Dorian claimed the lives of husband and father Philip “PJ” Thomas Jr, sons Meteo and Tidal, and daughter Remeille. The Thomas family lived in McLean's Town, East End, Grand Bahama where Hurricane Dorian hovered for over 48 hours. As the tidal surge rose over the house, the boat they had sought refuge in capsized.

The story is now being told in a new documentary, “Barri and the Six”. The documentary, independently produced by family friend Dan Tomlin and directed by filmmaker Wiley Watson, tells the story of Barri as she rebuilds her life and helps to rebuild the town she and her husband, Captain Phillip Thomas Jr, so dearly loved.

The documentary is part of a move to help Barri as she seeks to pay the legal fees needed to obtain her family's death certificates.

“Barri has spent months in isolation due to COVID-19 lockdowns. She has waited ten months for DNA results, hoping to claim family remains, only to hear nothing. Barri, as all Bahamians with loved ones listed as 'missing', has heard the promises made by government officials to amend or expedite the process of issuing death certificates for those who perished in the storm. In mid-July, Barri was advised by government officials to 'hire a lawyer' to pursue the matter,” according to members of the documentary team.

In an interview with Tribune Weekend, Barri said all Bahamians know of the harrowing event that was Hurricane Dorian. The storm was different from any other storm that hit the Bahamas, and by far the most powerful storm to impact the islands.

“What we don’t know is the amount of citizens in this country that are still struggling. The government is trying to paint a different picture then what is actually happening, especially on Abaco and the East End of Grand Bahama. Our goal with this project is to really give a voice to those people who feel like they have been left behind," she said.

"More specifically, we really want the government to amend the 'missing persons' from this storm and provide death certificates to those remaining family members. The government claims to be making it easier to collect death certificates from the citizens who died in the storm, but the fact is that they haven’t helped expedite this process at all. The bigger question is, why haven’t they? What’s to lose in helping the strong people of this country?” said Barri.

She said the film has received amazing feedback, and she believes it really resonates with Bahamian people as it gives them a voice to share with the world on what has really happened in the wake of Hurricane Dorian. The film received more than 80,000 views in the first week of its launch. 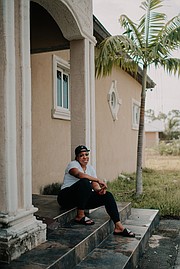 “We have received messages from people all over the world who visit The Bahamas and are just blown away by the story. I didn’t have much involvement with the production process, but it was a lot of work emotionally. Dan has never produced a film project before, but he knew this story needed to be told on a broader scale, so he went and sourced the right guy to make this project happen, and Wiley did an amazing job with the film.

"I let the team just work around me. It was a very small crew, Dan, Wiley and his girlfriend Jen. Dan was very good friends with my husband Phil. They would fish and dive together multiple times a year. After Dorian, Dan saw the need to create a film to really share the story on what happened to me, my family and the people of the islands. Our goal was to tell the story in its most authentic way, without exaggerating any of the facts."

She expressed that revisiting all the deeply traumatic moments in her life were very difficult to film. And the hardest scene to film was when she revisited Mcleans Town for the first time in January after the storm.

“That was the last place I saw my family and it was very hard for me to go back, but I needed to do it. We will see how things evolve with the story, myself and the film. Our faith is that this project will be a catalyst for positive change in the islands and the government’s handling of Hurricane victims whose lives have changed forever,” said Barri.

To find out more or to offer to assist Barri and McLeans Town, visit https://www.barriandthesix.com/take-action.