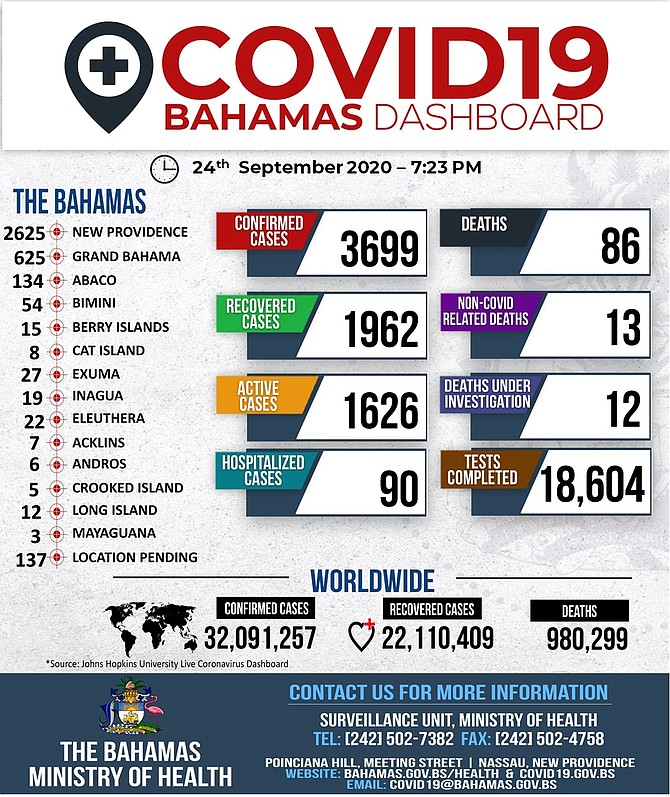 EIGHTY-ONE additional cases of COVID-19 cases were confirmed Thursday while the death count has risen to 86.

According to data released by the Ministry of Health, the country now has 3,699 cases across the country.

The new cases include 75 in New Providence, four in Grand Bahama and two in Abaco.

One new death was announced Thursday while five deaths which were previously under investigation have been confirmed as being COVID-19 related.

Among the deaths are a 50-year-old male of New Providence, who died Thursday.

Three non-COVID-19 related deaths and one additional death under investigation have also been recorded, the ministry said.

Scary, at time when Abacoians fresh in knowing all about many broken promises and about the fake graves, the non-existing Domes, the escalation in thefts, does not know that the official counter COVID-19 cases, totally contradict the differences reflected in the misleading smoke signals, being sent out by Mr. Minnis, his health minister, along with that his deputy health director? Shakehead once for Yeah, Twice for Not?