Insight: If They’Re Only In It For Themselves, Then Who Has Our Best Interests At Heart? 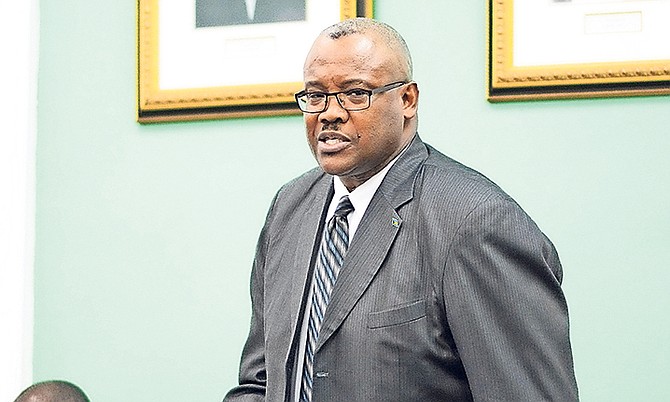 MORE than nine months ago, disaffected Member of Parliament for Golden Isles, Vaughn Miller resigned from the governing Free National Movement. Citing issues with the party during his tenure, ranging from the decision to increase VAT from 7.5 to 12 percent and the controversial lease signing with Brent Symonette to rent space in the Town Centre Mall to relocate the Post Office, Mr Miller’s reasons for leaving the party to become an independent were allegedly based on what he felt was the best decision for the Bahamian people. Last week, he became a newly minted member of the Progressive Liberal Party

Now, with one particular soundbite from his address in Parliament ringing more loudly in the ears of the Bahamian people as election season approaches, we must ask ourselves, who has our best interest at heart?

“It has always been, Mr Speaker, my desire, my dream... to serve our great country and to make life better for other people, particularly the poor, the indigent, the marginalised, the disenfranchised, the downtrodden,” Mr Miller said.

“It is time to do what I believe is best for me” – not the Bahamian people. Was there ever a conscience that spoke so loudly the true intentions of the Bahamian politician. And yet, we are surprised when we’re stricken with a five-year sentence of being disappointed and disillusioned with the politics of our country.

Certainly, this would be a harsh generalisation, as there are still some who throw their hat in the ring with the desire to do some good. But somewhere in the middle of towing the party line and becoming yes men and women, that people-centred drive to work towards the common good of everyday Bahamians becomes more hazy.

Mr Miller, unfortunately, is of the mind that any future in politics, if he wants to do any good by the Bahamian people, will only come through joining one of the major political parties – parties that for the past 53 years have not done enough for the Bahamian people. We can simply look at how unprepared we’ve been for the perilous times we are engulfed in.

We are in the wilderness without tourism dollars and a complete lack of viable infrastructure for anything else that could carry the load. For 53 years, all we’ve had were opportunities to explore what this would look like – recession-proofing our economy – and yet here we are. We were sitting on our hands, and as a result, shell-shocked. All we’re doing is hoping that prayer, nature or science provides us with relief sooner rather than later. But in the meantime, however, our people – your people – are suffering.

The fact we can be so insensitive to the plight of our brothers and sisters through the veil of political allegiance is frightening, to say the least.

And tragically, we don’t have anyone to blame but ourselves as we have largely traded our identities as Bahamians – our true identity – for that superficial emptiness that comes along with supporting a political party.

We have downgraded our vote to the level of the Bahamian penny. And make no mistake, they know this. They continually do what is best for them; only promising from the campaign stage that better days are on the horizon.

They make false assurances in hopes we buy into their vision for the country. However, what they’ve too often failed to mention is how that vision leaves out everyday citizens.

Yet you can set your clock on it every five years. The pendulum swings to

either one of the major

political parties. I’d say a 50 percent chance to govern a country are odds that anyone should like when the trappings are so attractive.

No disrespect to Vaughn Miller. He is just the most recent example of a politician doing what is best for him. That said, this diatribe has far less to do with the person of Mr Miller than it has to do with what has become the mould of the Bahamian politician – one who becomes a self-serving puppet at the behest of the party leader rather than serving all Bahamians.

Friends, unless we change - which will ultimately force the system to change - we need not delude ourselves with the notion of a better Bahamas.

Likewise, the time we take to understand the issues in this country before casting our vote increases its value to us, and more importantly, to the people vying for it.

If we consider how much our lives have changed during the current administration, we should be reminded of how long and how much can happen in five years.

The bar for securing the mantle of leadership has to be placed higher than it currently is. The prerequisite has to be more than a comparison between what you as an individual got from them versus their predecessor. Simply consider the hardship you and your neighbours experience and ask yourself if it has to be this way.

If the answer is no, now, the question to ask yourself is, “How do we make it better for us all?”

It’s time to do what’s best for Bahamians.

Mr: Miller stood up for the poor people, he did not vote to increase VAT. like your shepherd who voted against VAT and the first chance he got increased VAT by 60%

Voting against VAT cost him and it cost him a lot.

See if you and Jeanne Thompson can remember that and stop saying he is only in it for himself. It is a lie.