Face To Face: Holding Hands With Old Friends From Harlem 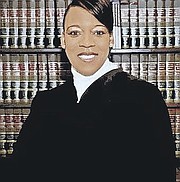 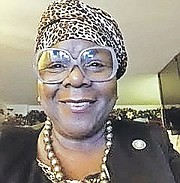 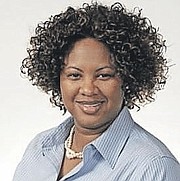 In celebration of Women’s History Month, I had the privilege of being invited to speak at a special forum hosted by the Bahamian American Association. This 108-year-old organisation stands as a lighthouse for Bahamians in America, keeping them grounded in their Bahamian roots and providing a home for them to stay connected to each other. The event was held under the theme: Caribbean Women Making Strides in Banking, Medicine Ministry, Journalism & International Affairs. It was one of many events the BAAI uses as an opportunity to educate Bahamians and Americans and to continue to foster strong bonds between their two countries. 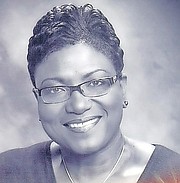 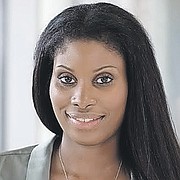 In 1922, the membership was expanded to include women whose admission led to an immediate broadening of activities and programmes. The prominent women during those years were Georgie B Roberts, Augusta Hall, Victoria Hall, Susan Jolly and Ida Brennan.

Later, descendants and spouses were invited to join and subsequently, honorary membership was extended to non-Bahamians.

On July 6, 1939, the organisation was incorporated in New York State under the name of the “Nassau Bahamas Association, Inc”. In 1946, the association purchased a building to serve as its headquarters, located at 211 West 137th Street, New York City. This was in one of the most prestigious and historic blocks of real estate in Harlem and the association still calls this building home today.

Before long, a flourishing juvenile branch emerged. Many of these young people established themselves in well-placed positions in the Harlem community and beyond. During the 1950s, 60s and 70s, the association flourished as many Bahamians pursued a university education in New York.

The association has served as a food distribution point for local citizens in need of assistance, sponsored Thanksgiving dinners for senior citizens and hosted annual Christmas parties for neighbourhood children. It also made financial contributions to various Bahamian institutions, including The Princess Margaret Hospital, The Ranfurly Home for Children, The Persis Rogers Home for the Aged, and The Mother’s Club. In 1967, the association hosted Prime Minister Lynden O Pindling and Mrs Pindling in recognition of the Prime Minister’s victory in attaining his office.

The 1980s and 90s came with its share of challenges for the association, but the strong members held on. On September 23, 2002, The Bahamian American Association, Inc (BAAI), an outgrowth of the Nassau Bahamas Association was incorporated to acquire not-for-profit status under 501C3 and to address the present realities of the Bahamian American Community. It progressed to hosting events such as the Independence Gala Ball and the Scholarship Award Ceremonies.

Under the leadership of Eldred “Ed” Bethel, former Consul General of The Bahamas to New York and William R Dames, President of BAAI, a delegation of 26 association members and three supportive friends visited Nassau from May 25 to May 28, 2006. The focus of this visit was to make aware to the Bahamian Government and community the contributions made by Bahamians and friends in New York City, and to appeal to the public and government for financial donations or partnership opportunities to renovate the historic building located in Harlem. Today, the journey continues but tempered by the pandemic, events are being hosted online. 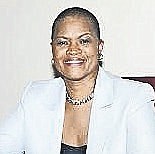 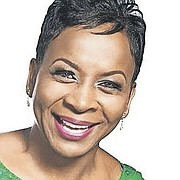 During the BAAI’s most recent event for Women’s History Month, Consul General to New York Lawrence Cartwright lauded Bahamian women for their contributions in nation building at home and the great strides they have made abroad. He pointed to the women in his own family, who nurtured him during his days growing up on Long Island, helping him to become the man he is today.

BAAI president Andrew Albury and member Anthony Pratt shared in Cartwright’s sentiments, seeing the month as a grand opportunity to highlight women in The Bahamas and the Caribbean who continue to stand out and make a difference.

The event hosts were BAAI Char, Mary Sweeting, and members Justice Machelle Sweeting and Dorea Rolle. Mary Sweeting is a renowned community leader, political consultant, public speaker and social justice activist. She is the first woman elected Chair of the Board of Directors in the BAAI’s 109-year history. She is the widow of the late William Sweeting, a native of Deep Creek Congo Town in South Andros, Bahamas. She has been recognised as “Woman of the Year” by Caribe News and “Grandmother of the Year” by Grandparents Around the World.

New York Acting Supreme Court Justice Machelle Sweeting is the only legal practitioner admitted to practice law in both the federal and state courts in New York; Washington, DC; the United States Court of Appeals for the 2nd and 4th Circuits; the United States Supreme Court; and the Commonwealth of The Bahamas. For five years, she served as the only African American woman Judge assigned to the New York County Family Court, where she presided over the most intimate and complex cases involving disputes about child custody, visitation, guardianship and domestic violence. Prior to the COVID-19 pandemic and the global use of technology, Judge Sweeting presided over the nation’s first ever state-wide “Remote Access Part” that permitted litigants to appear before the court by video. She is the BAAI’s current “Member of the Year”.

Dorea Rolle, daughter of former Royal Bahamas Defence Force Commodore Davy Rolle, is an outstanding accountant currently serving as an experienced manager at Grant Thornton, LLP in Manhattan, New York. Dorea has been actively involved with the Bahamian American Association, Inc. Since joining with other faithful BAAI members to keep the vision of the fore fathers alive - “Perseverance, Tenacity & Courage”, she has been instrumental in circulating event information throughout the Bahamian-American community via various methods of media. She has served as Past Vice President & President (2013 – 2015) and operates from her personal mantra - “faith, family, friends”.

Minister Devra Forde, Voice of Deliverance Disciple Center Temple, Nassau, Bahamas opened the forum with prayer. Mildred Johnson, a Bahamian-born veteran in international banking, was the first presenter. She shared stories of her own climb in the financial field, holding her own and demanding respect in a world of hard hitting male executives. Through it all, she became a respected executive in banking as a former manager of Compliance, Human Resources and Corporate Services for the Hong Kong and Shanghai Banking Corporation Ltd, Nassau Branch. She worked at HSBC from 1985 to 2014.

Dr Renee Rolston, a woman of Caribbean and African heritage, expressed her pleasure to be recognised by the BAAI. She drew on the similarities of Bahamian, Caribbean and African cultures and the resilience of their women, having brought forth many a successful generation of world changers. Dr Rolston herself is making a major impact in Harlem, where she has focused on women’s health and has been a revolutionary physician who has helped women rectify major reproductive issues and has saved lives.

Dr Juliet McBride reminded everyone of the forum of highlighting “hidden gems” in our communities and uncovering them for them to shine. Indeed, she has made this her life calling. She is the founder of Sister Talk, a networking and outreach ministry that connects women of all ethnicities and backgrounds. She encourages women to “find their God-given purpose and talents” to change the world around them. She and her husband Dr Glenn Allen McBride Sr have been pastoring and ministering in New York for more than 40 years. Her paternal grandparents Alice Marley-Pinder and Austin Pinder were both born in Eleuthera, Bahamas. Austin built a boat and immigrated to Keys, Florida then moved to New York City.

Ambassador Missouri Sherman-Peter spoke on international affairs. She is a Caribbean Community (CARICOM) Ambassador and Permanent Observer to the United Nations. An accomplished trailblazer of The Bahamas Foreign and Public Service and in international, her career spans more than 44 years. She has served The Bahamas in diplomatic and public service positions, including Consul General, New York; Deputy Permanent Representative to the United Nations (UN); High Commissioner to Canada and non-resident High Commissioner to Zimbabwe; and Permanent Secretary in the Ministries of Foreign Affairs, National Security and Office of the Attorney-General. Her presentation was followed by a surprise visit from Ambassador Rhonda Chipman-Johnson, which meant that for some time, the forum was graced by the presence of three Consul Generals who served New York City. Chipman-Johnson, former Executive Vice-President of Academic Affairs, The College of The Bahamas and veteran educator well-versed in several languages.

The event was supported by BAAI officers and Board members including Wendal Bain, Derek Todd, Kenneth Thompson, Andrew Anderson, Keith Stubbs and Crewell Munnings. To learn more about the BAAI, visit www.baai-nyc.com.