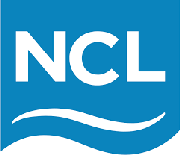 Great Stirrup Cay management are “anxious” for Norwegian Cruise Line (NCL) to return to the cay after the cruise company announced it was resuming sailings in the Caribbean.

Natalia Koulikowsky, human resources director at Great Stirrup Cay management, told Tribune Business yesterday they have been preparing for Norwegian’s resumption of sailing and eventual return to the cay for “quite some time now”.

Ms Koulikowsky said: “While I can’t verify when NCL will be returning to the cay as it is way above my pay grade. We have been preparing for some months now so we are very anxious to start.”

NCL announced in a statement to the media that they will return to sailing on July 25 from Athens, Greece and then from Montego Bay, Jamaica on August 7 and then on August 15 from Punta Cana, Dominican Republic. There was no mention of a return to the port of Nassau in their release. Messages from the Tribune Business yesterday to NCL on confirmation of their return to Nassau went unanswered up to press time.

Ms Koulikowsky also said, however, “I do understand that NCL made a proposal to the CDC and as I understand the date in that proposal was July 4, but to tell you the truth I am unable to make that confirmation.”

“We have been trying to get our facility in tip top shape so that we can be ready. We have 40 staff members and many of them are already back to work, but at this moment we have zero cash flow.”

Lena Roberts, general manager of Cooliemae’s Sunset by the Sea, said that once NCL follows the safety protocols then their return would be “great”.

Ms Roberts also said that while Great Stirrup Cay hires a lot of people, more people work at CoCo Cay but that with Great Stirrup coming back soon it will be a much needed boost for the island.

Wilmalee Bastian, general manager of Crum’s Rentals, said: “I don’t know if NCL coming back will be a good thing. I’m a frightful person and I’m not benefitting from them because I’m in the tourism industry and they mainly come to the Cay.”

Ms Bastian also said: “It will be a benefit for the persons who work there. It’s good for them, they will have their jobs back and that’s a plus. But I’m wondering if they are ready for it as far as this pandemic is concerned, this is my only setback with this. I think we need to bounce back to reality.”

Acknowledging comments made by Ms Kuoulikowsky on the Cay’s arduous months of preparation, Ms Bastian said that while she is on the mainland and doesn’t have much access to the Cay, she said: “I heard that some of the vendors have had some things put in place for them. I don’t know what it’s all about with regard to all of the protocols they have in place for people travelling from the mainland to the cays.”

Ms Bastian is concerned with the frequent “back and forth” from the mainland to the Cay but she feels confident the proper control mechanisms have been put in place on Great Stirrup Cay, arguing that the Cay’s management team is “very strict” and that they will ensure everything goes ok.

“I’m sure this is a plus for the island. Our people will get back to work and things wouldn’t be so rough with them.”