THE RETURN OF VALUE STOCKS 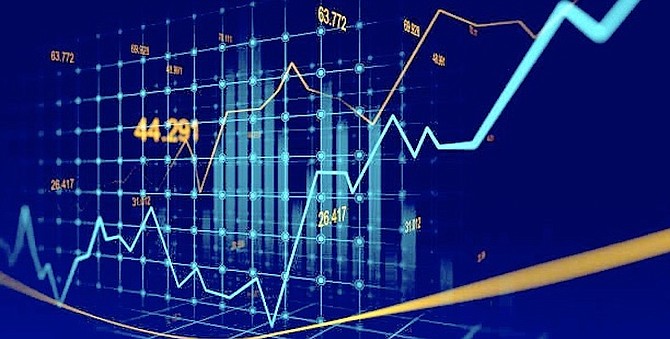 WITH expectations of a post-crisis sudden acceleration in economic activity taking over the financial markets’ narrative, Value stocks are starting to pick up pace.

SEASONED stock market investors tend to divide shares in two main categories: Momentum and Value. The latter fits into the traditional philosophy of trading by acquiring stocks that are cheap but nevertheless have the potential to outperform more glamorous (and pricier) ones - something akin to bargain hunting. (Interestingly, data analysis shows that historically cheap stocks tend to perform better than pricier ones in the long run.)

On the other hand, Momentum trading consists of backing assets that are already performing well; good illustrations of this phenomena have been observed recently, especially in the rampant tech sector, with many traders investing in expensive stocks (Tesla, for example), only because such assets have been performing well, disregarding fundamentals such as profitability, assets owned, etc. In several cases capitalisation reached highs that have little to do with the actual financial performance of the company (once again, Tesla would be a good example).

To put it very simplistically, we could describe Momentum trading as betting on the horse leading the pack, while Value requires more in-depth knowledge of the contenders potential and a mindset that overlooks the present situation, picking the winner by focusing instead on a careful analysis that entails the potential for future gains.

Over the last decade Momentum stocks dominated the scene, a trend that became even clearer in the last 12 months, with big tech names, such as Amazon, Tesla, Apple and Microsoft, riding a seemingly unstoppable winning streak that became in itself a reason to invest; a self-perpetuating cycle that is still going on. Meanwhile, Value tittles were left behind, with one article published last year in the FT going as far as saying that bargain shares were having the worst run of the last two centuries.

Since then, with expectations of a post-crisis sudden acceleration in economic activity taking over the financial markets’ narrative, Value stocks are starting to pick up pace; comprising sectors such as energy, industrial goods and financials, these firms tend to perform well during the expanding phases of the economic cycle. So, as investors started to assume an unprecedented economic recovery in the post-pandemic, the prices of many of these stocks started rising consistently, to such an degree that we could now start to re-classify some of them as Momentum.

To some extent we are approaching uncharted territory, as the two categories typically correlate in opposing ways, with one suffering when the other performs well and vice-versa. However, according to reports in the financial press several fund managers now expect both to soon be growing alongside each other.

Moreover, the extremely disappointing performance of Value over the last decade means that there is a lot of ground to recover for many of these stocks, which could entail a protracted conjunction with Momentum. We may be about to enter an unlikely goldilocks period that, after a decade of setbacks, Value asset managers will surely celebrate.