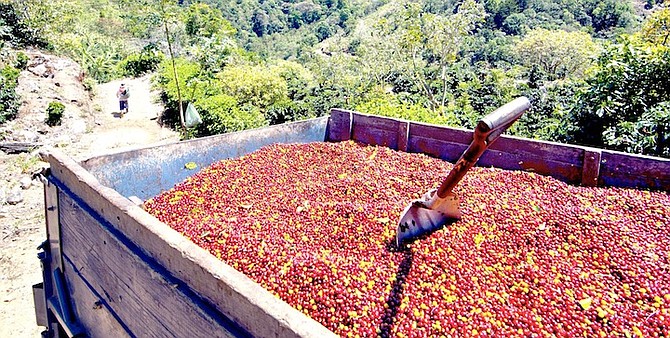 THE etymology of the word offers clues on the history and trajectory of what is, after water and tea, the most popular drink in the world; the English term coffee was adapted from the Dutch koffie, which in turn evolved from the Turkish kahve, itself based on the Arabic qahwah, which I’m told means “dark in colour”. It is believed the plant originates from Ethiopia and Sudan, while the first known reports of coffee being drunk dates from the 15th century, in Yemen, where it had arrived transported by Somali merchants.

The arrival to Europe occurred in 1526, when the Turks invaded Hungary. Over the following decades it reached almost the entire continent, with its popularity steadily catching up. By 1675 there were more than 3,000 coffee houses in England, which by then had become gathering spaces for the discussion of the hot topics of the time. A custom that may have contributed to the dissemination of the ideals of enlightenment.

European explorers ended up carrying coffee to the four corners of the planet, during the maritime expansion of the 16th and 17th centuries, realising the soils and climates of some areas of south America and Asia were perfectly suited for the growth of the plants. Presently, Brazil is the world’s leading producer, with an annual output of more than 2.5 million metric tons, followed by Vietnam and Colombia, with several other nations also contributing to feed the growing global demand for the drink.

Coffee’s global expansion and the way it was embraced by different cultures epitomises the spirit of globalisation. Ironically, the global nature of the business left it exposed to unforeseen events, that over the last few months pushed the price of the commodity to levels close to the all-time high reached in 2014.

As the global economy recovers from the shock caused by the coronavirus, coffee buyers all over the world are struggling to move the stuff around, due to a sudden acceleration in demand for gadgets and other Chinese exports at a time when many containers are displaced, which is creating a logistic nightmare and a rise in shipping costs. This dynamic hasn’t been helped by freak weather in Brazil, with frost damaging a large portion of the local crops, as well as political unrest in Colombia, where freights were halted due to the blocking of roads by protesters.

The result is an increase of approximately 60 percent in producer prices since the beginning of the year. However, these prices haven’t yet started to be passed on to consumers, at least not to their full extent. Because bulk buyers tend to use the futures markets to protect themselves against short term price fluctuations, it will take up to nine months before retail prices suffer the impact of the escalation, which occurred mainly during the month of July.

So, unless demand for coffee suddenly collapses, expect the cost of your espresso or cappuccino to go up in the not-too-distant future.