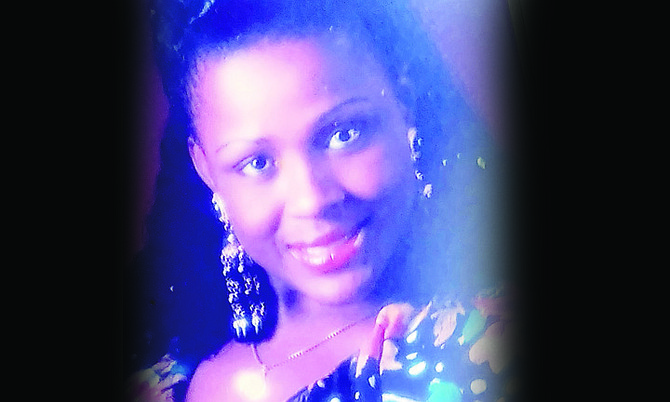 NIOKA TAYLOR, who died on July 27.

A GRIEVING family wants the government to better equip Family Islands with the resources needed to treat positive COVID patients after the deadly virus took the life of their loved one last month.

Exuma resident Nioka Taylor, a mother-of-three, lost her battle with the disease on July 27, several days after she was evacuated to New Providence to receive care for symptoms said to be COVID related.

Her daughter, Lendeka Anderson, told The Tribune the family believes the 51-year-old mother could have survived if local medical facilities had been better equipped to deal with her symptoms as opposed to evacuating her New Providence where the public health care system is overwhelmed.

“When she arrived in Nassau, it was very difficult to hear anything. We didn’t hear nothing. “We didn’t know if she reached properly,” her daughter said yesterday.

“And it wasn’t until Monday night going into Tuesday morning, I would say around 11pm, a doctor called my phone and she was basically telling me my mom’s condition and she did swab her again and she tested positive for COVID-19.

“She said it wasn’t really looking good basically and the only thing I can basically do is pray because my mom’s heart rate is speeding up but her breathing rate is slowing down and they had her on oxygen, but she needed to go on a ventilator because (reportedly) there wasn’t anymore ventilators so, it’s really nothing they could have done because the ventilator would’ve helped her breath more.

“They said the only thing I could do is pray because I asked her, ‘do you think my mom is going to be okay’ and they said they’re not sure because one minute COVID patients are here and the next minute they’re not,” the New Providence resident added.

Ms Anderson said the family believes her mother — who had underlying health issues — contracted the virus from someone close to her on the island. Ms Taylor was not vaccinated against COVID-19, her daughter also told this newspaper.

She said the virus caused her mother’s health to deteriorate rapidly. However, she said relatives expected her to make a full recovery as she had overcome health issues in the past.

“My mom got swabbed in Exuma that Saturday. When they tested her, they told her it would take three to five days (before) it would come back and she went back home. My sister said she started to feel sick and she was not responding well,” Ms Anderson told this newspaper.

“She wasn’t talking and she wasn’t seeing anything or eating. She didn’t have any smell or taste. She was having the symptoms of COVID, vomiting, diarrhea all of that. Sunday, my sister said she made her a cup of tea and she really couldn’t hold the tea. She dropped the tea.

“And Sunday night or early Monday morning, like around 2am, my sister said she went in her room and she wasn’t really responding... so my sister decided that she was going to take my mom to the clinic because she sleeps with a breathing machine every night because she’s a diagnosed heart patient.”

Ms Anderson said it took several hours for health officials to get her mother evacuated to New Providence.

“They had her there from 2am until 8pm and they decided that they’re going to airlift her to Nassau because they can’t really deal with her,” she said.

Days later, the family received the worst call of their life when doctors informed them of Ms Taylor’s death.

“They had her on regular oxygen machine but she needed more than that because the doctor told me that her heartbeat was speeding up and her oxygen was slowing down so she needed to be incubated and given a ventilator and it was no space and they (allegedly) didn’t have any,” Ms Anderson said.

“So, from you tell me that, we didn’t know what condition she was in because we can’t go up to the hospital to see her. The doctors are not calling properly because she was there from Monday at 8am and someone didn’t call me until 11pm that night and we never hear from someone until Wednesday morning and someone called my sister who lives in Exuma with her and told her your mom has passed and they’re calling from a COVID-19 unit and her body is starting to deteriorate so please come and get her body.

“Where the hospital is overcrowded, why don’t you make an alternative where you could have hospitals stationed on other Family Islands? Like Exuma has a mini hospital you know but they’re just not fully equipped with doctors or equipment. If they had it, she could’ve stayed and that’s the thing.”

When asked if the public health has sufficient resources like ventilators to deal with the current surge of cases, former Health Minister Dr Duane Sands told The Tribune: “Let me put it this way, we have a finite number of ventilators, high flow circuits, critical care beds, nurses etc and so you try to make do with what you have.

The people of Exuma should be asking for better sense!! What part of “get your stupid asses vaccinated” don’t they understand???

At last after all the blody stupid anti vax comments someone states the obvious.

I swear, Bahamians must be the stupidest set of people in the world!! Years ago the PM told residents of the family islands to evacuate! Instead they refused and allowed a category 5 hurricane to wash them out to sea! Then they blamed the government! Now we have a pandemic going on and the government is begging residents to get vaccinated! And of course, the people refuse!! Then when they drop dead they blame the government! Stop being stupid Bahamians!!!

Vaccinated or non-vaccinated the family islands still need a better health care system, even Nassau! & why should persons take a vaccine, what health care workers aren’t even taking, I’m talking about doctors, nurses & etc? It has to be something that is wrong that isn’t being said to the people! Everyone has their own rights went it’s comes to this vaccine! The vaccinated people are dying also.

Stop talking shit! I’m a Doctor! I work in Nassau and abroad! And all of us here in the U.S. are vaccinated! While some patients who have been vaccinated are still contracting COVID, most of their symptoms are minor and they convalesce after a few days or weeks! Unlike the unvaccinated patients who end up in the MICU and CCICU! Statistically speaking only a fraction of the patients who have been vaccinated contract COVID when compared to those who have not been vaccinated. The mobility and mortality rates as it relates to COVID are on my desk right now! Some people take the flu shot and still get the flu. Some people take Tylenol and still get a fever! Some people take Morphine or Dilaudid and still experience pain! Some people take Enoxaparin and still develop Deep Vein Thrombosis! And some people take the COVID vaccination and still contract COVID! It’s pharmacokinetics, drug therapeutics and pharmacodynamics!! It happens! But that doesn’t prevent people from continuing to take these medications, right??? So please stop spreading uneducated rubbish and please stop being a jackass!! We have enough of them in the Bahamas!! GO AND GET VACCINATED BAHAMAS!!!

Exumians also have a state of the art mini hospital right in George Town opposite the fish fry which has stood largely unoccupied and under utilized for many years. Talk about casting pearls, SMT.

Condolences to the family, however In order for the family islands to have all the medical equipment needed taxes would need to go up a lot. May i first suggest that family islands are no longer exempt from real property and all funds raised via this is directed to that island.

My sympathy is with the family