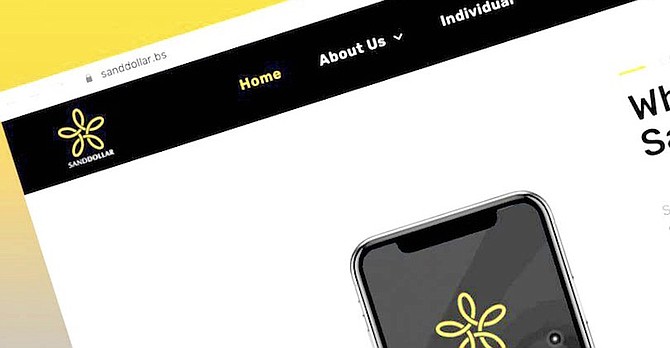 LAST year The Bahamas became a global leader in e-money, after launching its own Central Bank Digital Currency (CBDC), the Sand Dollar, ranked number one in the PwC Global CBDC Index. A remarkable achievement for the nation, that captured headlines around the world. But what is a CBDC? Should other nations follow the example of The Bahamas? Why not instead adopt an existing cryptocurrency, like bitcoin, for example, like El Salvador did?

One of the most important instruments available to sovereign states is its currency, which allows the deployment of monetary policies that can provide both a boost or a break on growth and inflation. With the growing popularity of blockchain-based assets, many countries’ central banks started working on plans to launch their own digital currencies, as part of a strategy to embrace the current trend while still maintaining control of their economies - through monetary policy - and potentially even gain an advantage over states that neglect the field.

Despite the common digital lineage, there is a fundamental difference between Central Bank Digital Currencies and cryptos, such as Ethereum, Bitcoin or Doge. The supply of a CBDC, like the Sand Dollar, is controlled by the central bank, instead of the decentralised and private peer-to-peer structure behind the so-called cryptos. This means the value of CBDCs will, to a large extent, be determined by the institution, unlike decentralised cryptocurrencies, whose value tends to vary according to speculative fevers and even manipulation of news in the media and social networks.

The lower volatility of a CBDC makes it more suitable for everyday transactions, as those accepting it will not fear the wild fluctuations in value experienced by decentralised cryptos. Also, there is the issue of scale; with bitcoin, for example, it is possible to process only five transactions per second (compare that with the Visa network, which allows 1700 transactions over the same amount of time). Clearly, CBDCs will be more relevant as a means of payment than cryptocurrencies, whose role has been mainly the storing of value and speculation.

Across the world, in Africa, Europe, Asia and the Americas, nations are investing in the creation of CBDCs. However, some are considerably more advanced than others. A narrow group, led by The Bahamas, have already launched their own digital currencies. These are followed by a dozen other countries, among which China stands out due to the ambition and dimension of its project, while South Korea and Sweden also appear well positioned to soon complete the launch of their own digital currency.

Strangely, among the world’s major central banks, the United States Federal Reserve is the one that appears to be trailing behind in the development of a digital currency, with its chairman, Jerome Powell, recently stating there is no reason to rush. Some observers think he may be wrong, citing China’s digital currency, the e-CNY, which could soon threaten the role of the dollar in Asia, and perhaps elsewhere, too. A scenario that illustrates well the importance of this new form of money.

CRYPTOCURRENCY IS A PYRAMID SCHEME. ALSO, THE ISSUERS OF THE CURRENCY KEEP YOUR REAL $ IN THEIR POCKETS AND YOU TRADE PRETEND $. WAKE UP, DAMN FOOLS.

THEY ARE TAKING ALL FROM US… FILLING THEIR BELLIES TILL THEY BUST.

The main problem right now (8th October 2021, a year after its launch) is that no one seems to accept the Sand Dollar for payment. Surely, we should be able to use it for paying our light bill or renewing our driving licenses? Somehow the government doesn't seem to have connected the dots... At the moment, it appears to have no advantage over a credit card. If transaction charges are less, perhaps those who promote it ought to stress that.