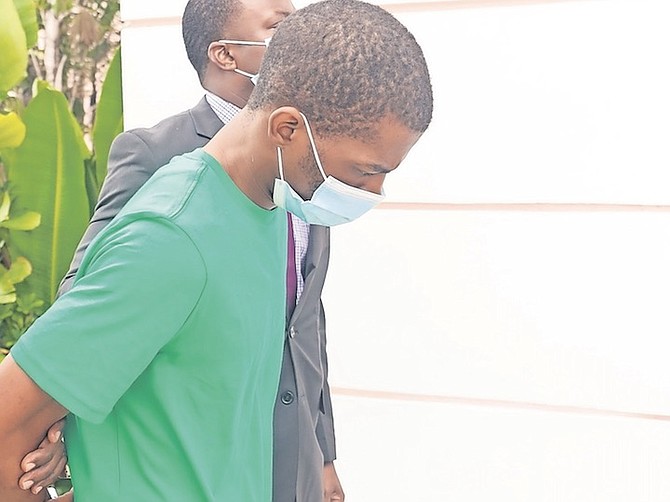 A 24-YEAR-OLD man was charged in the magistrate’s court yesterday with murder.

Tarrico Bowleg appeared before Chief Magistrate Joyann Ferguson-Pratt charged with the intentional and unlawful death of Biswajit Pati on August 12.

Due to the nature of the charge, he was not required to enter a plea and the case was adjourned to December 3 for service of a voluntary bill of indictment.

He was denied bail and remanded to the Bahamas Department of Correctional Services in the interim.

In a separate matter, a 28-year-old man, who denied indecently assaulting a minor, was remanded to prison pending a bail hearing.

Jalano Balfour was accused of committing the act on a 13-year-old girl on August 18.

He pleaded not guilty, however, before the issue of bail could be determined, the prosecution requested a brief adjournment to review Balfour’s antecedents.

As a result, the matter was adjourned to September 1 for a bail hearing.

Balfour was remanded in custody in the meantime.