A COMIC'S VIEW: Twas the night before Christmas 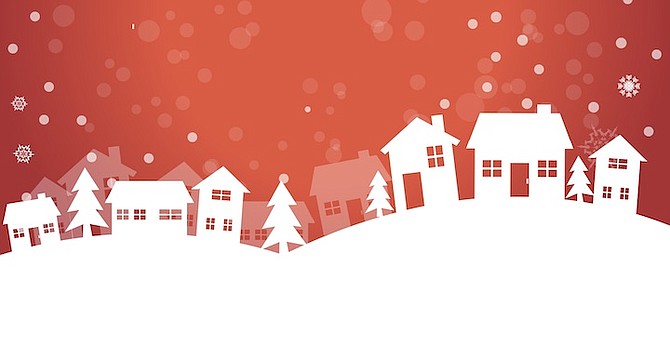 ‘TWAS the night before Christmas when all through the House;

Not a creature was stirring except Mitchell’s pet mouse.

The stockings were hung on the back of Vaughn’s chair;

With hopes that “New Day” contracts soon would be there.

Lisa Rahming was nestled all snug in her bed,

While visions of firing people danced in her head.

Wayne sat in the kitchen, with Darville square on his lap,

Asking, “Bey, why you cause our Carnival get scrap?”

When out of the blue there arose such a clatter,

Away to the Chair she flew like Yellow Flash;

Eyes cutting and searching for red MPs to bash.

The PM dreamed of travel, how far his budget could go;

As omicron ravaged Bahamaland below.

When, what to my wandering eyes should appear?

The ex-Competent Authority still slappin’ up in there.

But Pintard as leader, and the FNM’s choice,

Hollered, “Now, calm down Doc! There’ll be only one voice!”

Brave awoke from his slumber, to survey the scene:

When yinna was gon’ tell me the fourth wave is here?!’

Latrae sat fretting on the best spin to make;

While Clint ran around screaming, “Just let them eat cake!”

Munroe popped up, saying, “Let me be clear.

I’ne taking no vaccine, so don’t talk fool round here!”

The police are now in charge of everything you do!”

Glenys shook her head, thinking of school and the youth;

While Sears fantasized of a million toll booths.

While raiding breadbaskets, to take it all back.

JoBeth studied the room, from window to wall,

Mumbling, “Well I ready to build, Who cares about oil?!”

Brave stood up, his mouth drawn up like a bow,

If he had any hair, it would be white as snow.

He started shaking like a bowl full of jelly;

“Is this how it feels with a pandemic in ya belly?”

COVID numbers were rising, all restrictions were gone;

The doctors were tired, many nurses moved on.

The look in his eye, and a twist of his head,

Soon gave me to know I had plenty to dread;

He spoke not a word, but sat down all forlorn,

Thinking, “Why all dis pressure on me? Where my ministers gone?”

He thought about curfews, and bars, then blame;

Afraid a strong response would sully his name.

So Brave went to bed and turned out the light,

Murmuring, “I’ll find a solution! But I have an early flight.”

So that’s how it stands as we continue the fight;

Merry Christmas to all, and to all a goodnight.

Wonder what the FNMs were doing??🙄