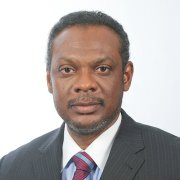 Bahamas Technical and Vocational Institute is carrying out an investigation into alleged misconduct, board chairman Kevin Basden has told The Tribune.

“I can confirm that an investigation is ongoing,” Mr Basden said yesterday.

“I cannot get into the specifics so as not to impede and or influence that investigation one way or the other. It is important from the board’s perspective that we look at the facts in every instance and not go simply based on what somebody said. There is an independent investigation presently underway based on allegations which would have been brought to our attention.

“The board of directors at BTVI does not support corruption in any form or fashion and at any level of the organisation. When we find any instances of corruption, we will deal with it appropriately.

“So we are not standing by idly. The matter is being investigated. I am not going to speak to you specifically in terms of names because I don’t want to compromise any one individual in one way or the other,” Mr Basden said.

This comes amid allegations circulating in a flyer which claims that two BTVI staff members were fired for being a part of a theft ring at the school and that another employee who was allegedly involved has gone unpunished. There is also a voice recording circulating with the same allegations.

BTVI recently issued an internal memo “from the desk of the president” which quoted the institution’s policy on “open communication”. The memo warned that “any employee who willfully creates or distributes anonymous documents, letters and phone calls etc containing libelous, slanderous, defamatory, erroneous, scandalous or unfounded information and is disruptive to the mission, administration, students and educational environment of the institute shall be subject to disciplinary action, inclusive of summary dismissal for extreme violation of the policy.”

It is unclear if the posts circulated on WhatsApp prompted the memo. Mr Basden would not confirm if any employees have been fired.

“An allegation can be made and sometimes a person may say something that is not quite correct,” Mr Basden also said. “In fact sometimes it may not be true at all. So we are having it investigated thoroughly and the chips will fall where they may.

“We do not support corruption in any way and we will conduct the investigation so it is fair. We believe in being firm. So from that perspective, we can assure the Bahamian public that whatever we find, we will deal with it appropriately.”

President of the Union of Tertiary Educators of The Bahamas Daniel Thompson said he cannot confirm if the contents of the flyer are true or false, but he knows that there are management issues at BTVI. UTEB is seeking to become the bargaining agent for BTVI staff.

He said: “BTVI is plagued with numerous issues of mismanagement, numerous issues of inappropriate administrative practices and I think the president, Dr Roberts, indicated that these problems existed before his time, however, he has been at the helm for almost six years. So as far as we are concerned he is totally accountable for any mismanagement that takes place at the institution.

“After six years if he is not able to put together a proper promotion system or a proper organisational system, then the blame lies clearly at his feet. So to blame his predecessors is unacceptable, because then I would have to ask the question, ‘what has he been doing in this country for the last five or six years?’”

He also said: “When you have a structure that is so haphazard and unprofessional, then there exists a significant amount of mismanagement and other maladies at our institution of higher learning, BTVI. Ultimately the board of directors in particular, Kevin Basden and the minister of education, must take responsibility for what’s happening at that institute. While UTEB is seeking recognition, we recognise that there (are so many) inconsistencies and mismanagement at that institution.”

The Tribune reached out to BTVI President Dr Robert Robertson, but he was not available for comment.