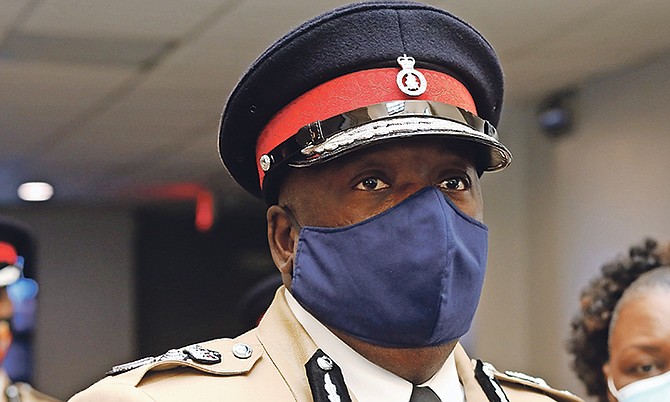 AMID complaints of large crowds gathering at the popular Fish Fry at Arawak Cay, Commissioner of Police Paul Rolle said he thinks there is adequate police presence at the site.

“We don’t want Arawak Cay to be a police state nor do we want Arawak Cay to appear as a lawless group of persons. We’re not lawless; this is why we’re asking before the government decides to close us down completely,” Mr Russell told reporters.

“I think we are adequately policed on Arawak Cay. I don’t know if there’s a need for more,” said the Commissioner yesterday.

“I mean you could always put more but if you (had) been out there on Sunday you would’ve seen we responded to that and the numbers are where I’m happy.

“The persons for the most part are well behaved unless we so need... there’s no need to expand on that.”

This is not the first time the popular spot has seen large crowds of patrons. In June last year photos and videos showed customers not social distancing or wearing masks.