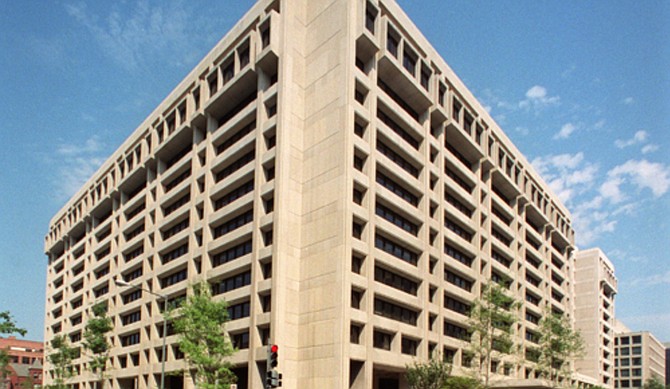 A top insurer yesterday challenged how The Bahamas could enforce the IMF’s “mandatory property insurance” proposal when it is currently failing to do this with existing laws.

Anton Saunders, RoyalStar Assurance’s managing director, told Tribune Business that implementing the International Monetary Fund’s (IMF) Article IV report recommendation would be challenging in practice because it would require enforcement mechanisms and penalties to give it teeth.

And he pointed out that The Bahamas is already struggling to enforce mandatory motor vehicle insurance for all drivers, having recently disclosed to this newspaper that at least 20 percent of those on the roads either lack coverage or have inadequate protection.

“We have mandatory motor insurance, and we can’t enforce that,” Mr Saunders told this newspaper. “Yes, I would be in favour of it, but how do you enforce it? If someone doesn’t insure, what are you going to do with the property in question?

“By law we have something now that we cannot enforce. Let’s not kick the can down the road. Tell me, without a lien, how are you going to enforce mandatory property insurance and what will be the penalties? How do you go about executing what you are trying to achieve, and what will be the enforcement mechanism?”

The RoyalStar chief spoke out after the IMF’s recent Article IV report revealed the Minnis administration had backed its call for all buildings to be insured in the wake of the $3.4bn worth of economic losses and damage that category five Dorian inflicted upon Abaco and Grand Bahama where up to 60 percent of structures lacked proper insurance.

“Continued investment in climate-resilient infrastructure can also buffer the macro-fiscal impact of natural disasters. Mandatory property insurance would be a beneficial addition to the multi-dimensional resilience strategy.”

Revealing the government’s reaction, the IMF said: “They also agreed with staff’s recommendation for mandatory property insurance, and pledged to bring a new law to Parliament in 2021 to mitigate risks associated with natural disasters.”

The affordability of insurance coverage, which has become a major issue due to frequent premium rate increases, has often seen homeowners and businesses either drop or reduce coverage - especially if their property is not subject to a mortgage or other bank lien.

Mr Saunders, while backing the desire to increase property insurance penetration throughout The Bahamas and make coverage more affordable, said this nation’s dependence on reinsurance to cover the bulk of its risks meant it would always be a price taker to a large extent.

“It’s still demand and supply, and a price,” he explained. “The more money we pool together, the more penetration we get, hopefully we can get some relief on prices, but we have big issues in The Bahamas and the Caribbean where we are relying on someone else’s capital.

“There is no balance sheet in the Caribbean that I am aware of that is strong enough by itself to deal with hurricane issues. We are relying on third party capital and we have to pay the price for third-party capital whether it is the Government, any individual or an industry.

“We hope there will be relief for the majority of people, but at the end of the day there’s a cost involved. How that cost is absorbed is something all of us have to think about. There’s a cost someone has to deal with.”

Patrick Ward, Bahamas First’s president and chief executive, told Tribune Business that the sector was “definitely in favour of expanding insurance take-up in the country” but there had been no specific talks with the Government yet on how to achieve this despite the latter having indicated its interest in achieving this objective post-Hurricane Dorian.

Acknowledging that he had been “personally pushing for a while” for mandatory property insurance, given the increasing frequency and severity of storms, Mr Ward argued that “it shouldn’t be too difficult to come up with a conceptual framework” that met the needs of clients, insurers and capital providers.

“I think the IMF report demonstrates how the inflow of reinsurance monies into the foreign reserves came at a critical time, and demonstrates that component from a recovery standpoint is absolutely critical to getting individuals and the country as a whole back on track in the aftermath of a significant catastrophe loss,” he said.

The Bahamas First chief was referring to the IMF[‘s revelation that Dorian-related reinsurance inflows gave the external reserves a $1.3bn boost over a two-year period. They were responsible for a $400m increase last year at a time when this was essential due to the drop-off in tourism inflows. This combined with the receipt of $900m in reinsurance monies in 2019 to provide the $1.3bn boost.

“The current account fell back into deficit following a small surplus in 2019,” the IMF said of The Bahamas in 2020. “Net travel receipts were negative for the first time in the second quarter of 2020.

“Exports contracted more than imports (35 percent versus 17 percent) in the first three quarters relative to 2019, but the remainder of Hurricane Dorian related re-insurance receipts - about $400m compared to $900m in 2019 - helped limit the current account deterioration.”

While the government has indicated its interest in developing a scheme that would ensure wider insurance coverage in Dorian’s wake, little progress appears to have been made thus far despite the acknowledgement that it may offer social benefits while removing the hurricane repair cost burden from the Public Treasury.

Suggesting that The Bahamas could draw on catastrophe protection schemes developed by New Zealand and Turkey, the IMF said: “The majority of damage caused by hurricanes to The Bahamas is not covered by insurance. The lack of insurance payouts following a large disaster can hinder reconstruction efforts and slow the economic recovery.....

“Private losses account for most of the damage, while private property insurance is largely optional unless the property is financed by a bank. As a result, about 60 percent of buildings destroyed by Hurricane Dorian in The Bahamas were not insured at all or not adequately insured. Government grants to assist with reconstruction are insufficient and present a significant burden to the public purse.”

Persons without insurance unless they are in the Government favour whatever Government had to repair their properties.

What will the Government do to people who can not buy Insurance? Put them in jail.

Many people can not buy medical insurance. We pray to the GREAT PHYSICIAN every day.

Never Mind Mr: Ward. they will collect. and all hell breaks loose when it is time to pay for losses incurred

Mr: Ward you and the PM will learn there are no money trees and there is no blood in stones.

It is very hard for the poor to make ends met as it is. should they do without food to pay insurance. ?

Make it easy: expropriate and evict those who do not pay. everyone. Maybe then next time they do not vote for those bufons?

If you can afford to buy a property, surely you can afford the insurance? One way to enforce this would be by the mortgage lender requiring proof of insurance on an annual basis and/or making the monthly insurance premiums part of their monthly mortgage payments. Renters, obviously should have the option to have their own renters insurance for their own personal property that they keep on the property. Some landlords require renters to carry their own renters insurance as part of the lease agreement, and have to provide proof before they can actually move in.

another bandaid perhaps? Maybe government to lead by example and take out insurance policies on all gov't buildings and assets. Why does BEC/BPL not insure the equipment? same with W&S where there is not insurance coverage guess who pays for it? you and me. In Abaco the DRA was set up, not to help the fellow man, but to oversee rebuilding every gov't building and infrastructure out of gov't purse at teh best price possible because nothing was insured. But yet, they want to force the common man to pay...!

Downtown ghost town can't afford the property tax much less an increase in insurance rates. No business for almost a year.

Mr Saunders told this newspaper, “Yes, I would be in favour of it,..."

Anton Saunders is nothing but a typical greedy insurer doing his master Snake's bidding.

Mandatory motor vehicle insurance came about as a public policy measure to protect drivers from the possible financial harm they could cause each other, and to also protect our court system from being clogged up with financial claims associated with the many motor vehicle accidents that occur on a daily basis.

My immobile property on the hand is of no financial threat to anyone but me and the bank that holds my mortgage. The real financial threat to the public is the moral hazard posed by bad state welfare hand-out policies that encourage those who can afford property insurance to go without it.