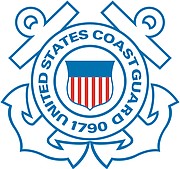 THE United States Coast Guard is eyeing partnerships in the region with a view to tackling illegal, unreported and unregulated (IUU) fishing, which poses as a major threat to the global fishing industry.

During a telephonic press briefing Friday, Vice Admiral Steven Poulin of the US Coast Guard spoke about the negative impacts IUU fishing can have on countries’ marine environments and by extension, their economies.

“IUU fishing undermines coastal state sovereignty,” he said. “It undermines the rule of law and it erodes maritime governance. It jeopardises food security and economic prosperity for more than 3.3 billion people who rely on fish as a primary source of protein.”

“It creates an unleveled playing field for those who are engaged in lawful fishing. I note that more than 400 billion dollars in lost revenue results from IUU fishing and it puts fish stocks at risk so this is an economic, a maritime governance and an environmental crisis.”

He also outlined several strategies identified by US Coast Guard officials to combat the issue, one of them creating more awareness.

“…Our Coast Guard strategy is founded on several key principles. The first is to build partnerships. The second is to expand awareness of the problem globally. Next is to exchange information and lastly, is to look at conducting joint operations to ensure maritime governance and the enforcement of fisheries laws.”

Acting Director in the Office of Marine Conservation at the US State Department, David Hogan said because of IUU’s wide reaching impact on economies in the region, it's important that all affected nations work together.

“IUU fishing is particularly important in the western hemisphere because of its impact on the economies of the region. Three million men and women depend on the fishing industry for the livelihoods that generates more than 20 million dollars in exports out to the global markets.”

“In light of this economic impact from IUU fishing as well as the other conditions that are prevailing in the world today, it is more important than ever that we work together to protect the marine resources in which all of our economies rely.”

Asked about officials’ plans to specifically assist small island developing states in the Caribbean to tackle the issue, Vice Admiral Poulin replied: “We have a number of existing bilateral agreements with many of the Caribbean nations and one of the things we’re doing is looking at how we might expand some of those agreements to include IUU fishing.”

“The agreements that we have provide a strong baseline for us to continue to work with these nations to expand maritime domain awareness which is so vital to understanding the nature of the problem in the Caribbean.”

“We often have Coast Guard Cutters and maritime control craft in the area because of our counter drug efforts and in that context our counter drug efforts can help us understand patterns and trends of all kinds of maritime conveyances and that’s one of the ways we are expanding our awareness of IUU fishing in different parts of the hemisphere is to use our Coast Guard assets that are already down there on patrol to not only leverage their capabilities for the counter drug threat but also all threats to the region.”

I wonder if this works like the immigration "agreement"? The US captures them then turns them over to us to deal with. Basically passing the costs to us. Bout agreements...

Just make sure those Chinese fishing vessels armada which usually number up to 400 vessels and have been plundering the Galapagos islands are kept far away from this hemisphere.They seams not to respect sovereign territory or marine protected areas.

Absolutely! Kick the Red Chinese out!

So, Like Operation OPBAT we will get their help in Operation Conchslop? Cool!

This is a serious problem in the Northern Bahamas where boats come over on weekends and holidays and load up with tuna, mackerel mahi-mahi and shell fish. They may or may not pay for a fishing or cruise permit but take thousands in marine products on every trip.