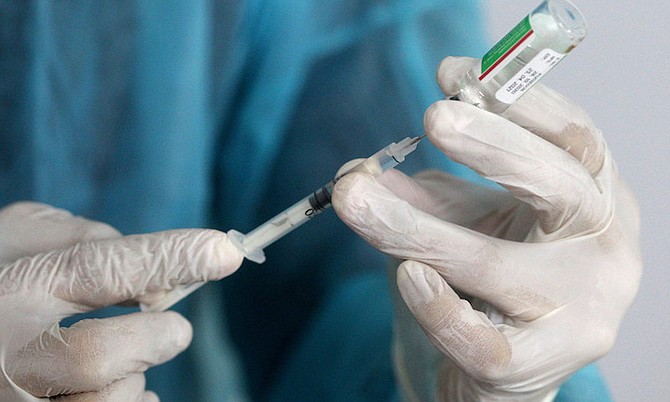 A local senior health official has expressed her confidence in the Oxford-AstraZeneca vaccine despite recent reports about the drug getting some push back in European countries.

Multiple international media outlets have reported recently that some doctors given the drug suffered effects in France after getting the vaccine.

UK publication The Sunday Times reported last week that in Italy private doctors “lining up for a vaccine in Italy were similarly dismissive of the vaccine’s potential, with some demanding a dose of Pfizer instead of AstraZeneca.” 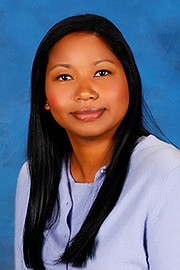 Commenting on the news coming out of Europe, director of the National HIV/AIDS and Infectious Disease Programme at the Ministry of Health Dr Nikkiah Forbes told The Tribune yesterday that not everyone will get side-effects.

“So up to eight percent of participants in that particular phase, three randomised controlled trials by the University of Oxford and AstraZeneca trial... symptoms that were reported what you would consider... headache and fever.

“The participants that got side effects in these trials were in the minority. The minority experiencing effects appears to be demonstrated when looking at data of the doctors that suffered side effects out of the many batches who were vaccinated.”

“In the first four days the vaccine was administered last week, 149 cases of strong symptoms were reported by staff who had to stop work to recover, according to ANSM, the national medicines safety agency.

“The recipients, with an average age of 34, reported high temperature, aches and headaches. So far 10,000 health care personnel have been vaccinated.”

The publication also said: “The state news radio station France Info reported they were ‘trying to avoid receiving AstraZeneca doses, which they regard as third rate compared with ‘the Rolls-Royce’ produced by Pfizer-BioNTech.’”

In spite of some public hesitation about vaccines, Dr Forbes said the risk versus benefits should be considered.

She added: “So COVID-19 is something that nobody should want to get. You just don’t know what will happen. . .and so vaccines are always about a risk versus a benefit.

“...There’s always a risk versus a benefit and the benefit is that you are far less likely to get SARS-COV-2 or symptomatic COVID-19 and end up in hospital or dying.”

The government previously announced that the first doses of the Oxford-AstraZeneca vaccine should arrive in the country between this month and the end of the second quarter of the year.

Local senior official and only 21 years of age. Wow, i can see mass experience speaking here. You really want us to take you seriously. Were is your 100 years of publications and research?

Do not put all your hopes in these vaccines! Many are under the impression that once you are full vaccinated (two doses) you cannot contract the corona virus. But persons who were fully vaccinated have caught the virus. So now ‘experts’ are saying the vaccine doesn’t prevent one from contracting corona but it reduces the severity of the disease. So you have less severe symptoms. So if the majority of people who catch the virus doesn’t develop severe symptoms, who is to say it was the vaccine? And since the cases in the US have plummeted some 70 percent after Biden more strictly enforced the wearing of masks and social distancing, aren’t the results of these safety measures the same as those of the vaccines? And guess what the greatest concern should be at this juncture? Let’s save that for tomorrow.