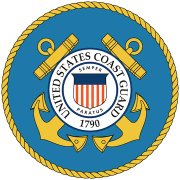 THE United States Coast Guard is searching for six people on board a vessel that capsized off the coast of Florida after setting sail from Bimini last week.

On Friday, a good Samaritan rescued a Jamaican national from the water approximately 23 miles east of Fort Pierce, Florida.

The USCG said Coast Guard Sector Miami received a call from the good Samaritan stating they had rescued one man from the water east of Fort Pierce. A Coast Guard crew responded to the scene, received the survivor and transferred him ashore to local emergency medical services, officials said.

The survivor told the Coast Guard that there were six other people who were in the water after their boat capsized Wednesday on their way from Bimini. It is unclear where the boat was headed when it capsized.

Last week, the Coast Guard rescued three Cubans who were stranded on an uninhabited Bahamian island for more than a month.

US officials said the three people — two men and a woman — were not seriously injured, however, they were taken to a Florida hospital. A Coast Guard crew found them on Anguilla Cay, an island near Cay Sal Bank. They reportedly survived on coconuts, rats and conch while stranded on the island.