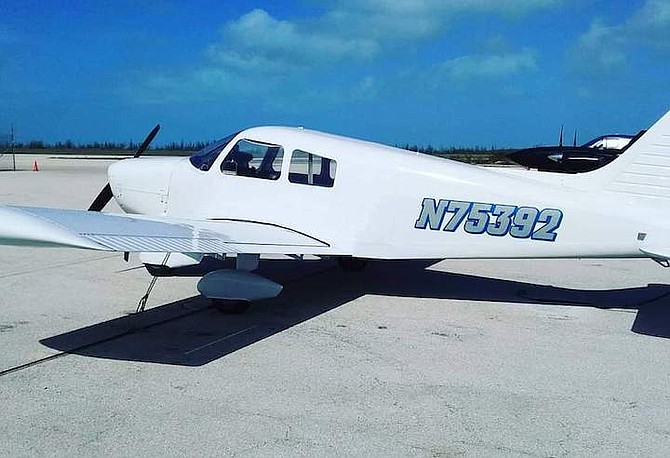 A PLANE crashed in waters off North Cat Cay shortly after takeoff on Saturday afternoon with three people on board.

According to the Air Accident Investigation Authority, officials received information about a downed plane near Cat Cay around 1.55pm on Saturday.

Preliminary information revealed a single engine Piper PA28 aircraft, with United States registration N75392, had an engine malfunction that led to the plane ditching in waters off Cat Cay.

Three people were on board, including the pilot, who were en route to Grand Bahama International Airport. The group all received injuries, however, they are not life threatening, police said.

They were seen at the public clinic in Cat Cay before being taken to Grand Bahama for medical evaluation.

An investigation is ongoing.