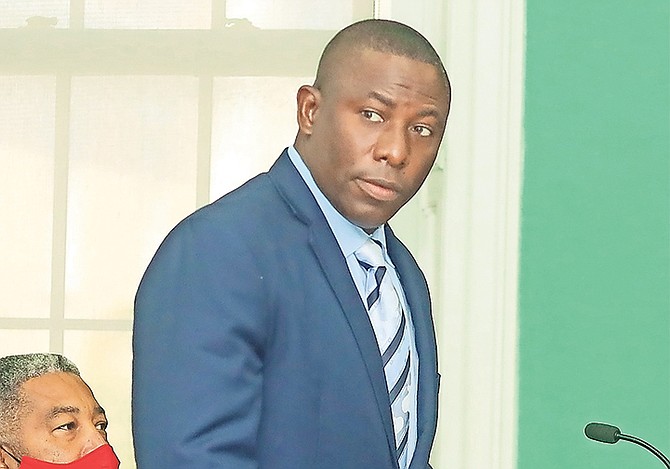 He also added that nurses are currently undergoing additional training to ensure they are adequately prepared to carry out the jabs.

“These folks have been used to giving vaccines – I mean just the regular flu vaccine, measles, mumps. These are persons who are trained,” he told reporters.

“These are clinically trained individuals who are already in the system and obviously, we want to be able to ensure that we don’t have any wastage in regards to the deployment of the vaccine so there is a little more additional training taking place and I assume if we had gotten the Pfizer vaccine we would’ve had to have done even more training but all of that is in train and the Bahamian people could be rest assured that this government, as we’ve said, we have a detailed plan that we put out in regard to what we’ve already sent to the World Health Organisation to just let them know that we are prepared to receive the vaccine and deploy it to the Bahamian people.”

On Sunday, Prime Minister Dr Hubert Minnis revealed officials are in the final stages of completing the National COVID-19 Vaccine Distribution Plan in preparation for the arrival of the first doses of Oxford-AstraZeneca vaccine, which are expected to be in the country soon.

Additional details on vaccine shipment was expected to be sent to officials yesterday.

While Mr Wells did not give any new details on the matter, he said discussions with several COVID-19 vaccine manufactures remain ongoing.

He also said The Bahamas is expected to receive a portion of some 500,000 doses of the Oxford-AstraZeneca vaccine from India which is expected to be distributed to countries in the region.

“Well, we are in discussions on all fronts—the WHO, the African front, the Indian front—and procuring vaccines directly from the manufactures and the Bahamian people will hear some more from us,” he said.

“India I believe had offered 500,000 doses to the entire region. The Bahamas will get some of that but we’re also interested in purchasing directly from the Serum Institute of India. We would have spoken directly to that and hopefully over the next day or two, we will have even better news for The Bahamas.”

Asked if politicians will be in the first priority group to receive the vaccine, Mr Wells said the ministry does not have any plans to include political figures in the first grouping.

He noted: “I will say that it is not our intention to offer it to politicians in the first group but the reality is this, politicians have to take it and so does the Prime Minister so we are more interested in vaccinating our frontline workers, those persons involved in our armed forces and the Prime Minister would have said during his speech yesterday – he laid out a plan that as to who will get the vaccine.”

The minister was also asked if vaccines will be made available to undocumented migrants.

However, he replied: “The reality is we have a schedule as to who is going to get the vaccines. We’re going to start with those initially, front line workers, those over 65 but you know as apart of the whole UN process, undocumented migrants show up the hospital to receive all kinds of care but in any event, most of the times, undocumented migrants are not the individuals who come forward other than in circumstances where they absolutely need medical care. So, once the government of The Bahamas would have covered its populations, its Bahamian citizens and residents, I think we will be looking as to how we will meet the requirements of everyone in country.”

According to Dr Minnis, several vaccination sites have already been identified in New Providence, Grand Bahama and the Family Islands ahead of the vaccine’s arrival.

However, unlike New Providence and Grand Bahama, everyone on the Family Islands will be vaccinated at the same time and the schedule will not follow the prioritised group rollout as previously announced.

Yesterday, Mr Wells expressed confidence in the government’s vaccine distribution and deployment plan. He also said there will be sufficient healthcare workers on the various Family Islands to vaccinate citizens who are willing to receive the jab.

Curious if either Mr. Minnis or Renward, actually stood before the media to avail themselves to answer reporters' questions - or is this a make-believe read like was an actual media Q & E?