Minnis: I’d call early election - but it’s not just up to me 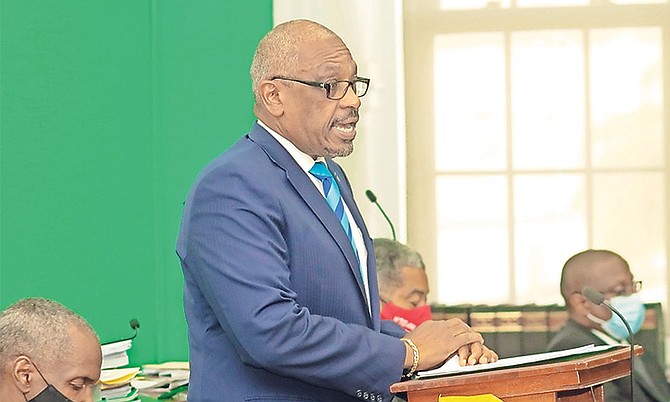 PRIME Minister Dr Hubert Minnis suggested yesterday that if it were up to him alone, he would call an early election but said he is being guided by his team.

His comment in the House of Assembly came amid rampant speculation that the Minnis administration will call a snap election. Both the Free National Movement and the Progressive Liberal Party have started ratifying candidates for the next general election, which must be called by May 2022.

The FNM and PLP have also both been running campaign-style ads which have been in steady rotation on social media and television.

However, Dr Minnis has repeatedly brushed off talk of an early vote.

“If you think they ready, I will stand here now and ring the bell,” he said in Parliament while delivering his mid-year budget presentation.

“This is not a government in isolation, as much as I may want to, I am advised by all.”

He also jeered at FNM Pineridge MP Frederick McAlpine, who has been on the outs with his party due to his frequent criticisms of the Minnis administration and claims they have kept him out of the loop.

“Macs, you ask for it? Because if I ring it, you gone,” he quipped at Mr McAlpine, before smiling and taking a sip of water.

During his mid-year budget presentation, Dr Minnis painted a picture of the sobering crisis the country faces due to Hurricane Dorian in 2019 and the ongoing COVID-19 pandemic.

However, he said the government has steered the country well during these events and predicted that the country will emerge from these crises stronger than ever.

YUP! We ger have early election for sure!! First. . ."ween havin no early election". . .now. . ."I ca call early election, but een me one who will call it". . .that sounds like "Minnisspeak" for what is going to happen!!

It's a political twist leadership weakness for a prime minister to stand up on the floor of the House to admit that his redshirt colleagues are not much in a rush for that what they've done in the dark to come to light once the general election bell, gets rungs. Why be so misguided in rushin' to dismantle the power of the oligarchy Yes?

Overconfidence Ma bredda. . A dangling carrot could be a dangerous thing to the hand that holds it.

never mind. doc has a forked tongue. I doubt anyone believes anything he says.