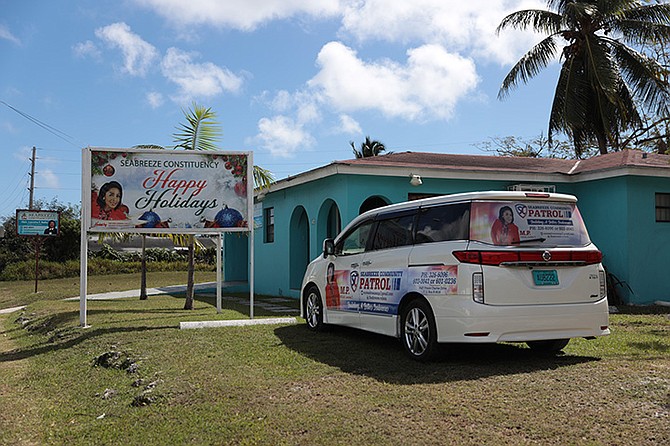 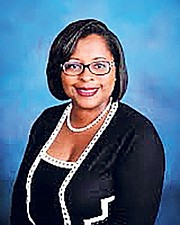 SENATOR Lisa Bostwick-Dean said she did not seek the Free National Movement’s nomination for Seabreeze “for personal reasons”.

Her comment in the Senate came a day after an FNM insider said she was favoured as the party’s pick for the area.

When she was contacted about these reports on Wednesday, Mrs Bostwick-Dean did not say much, except “I have no comment on this matter. It will all come to light when the ratification process is completed.”

While making a contribution in the Senate yesterday, Mrs Bostwick-Dean addressed the negatives of social media in spreading rumours and attributed it for getting word around about her “certain ratification”. She said she cannot run for public office at this time.

“I am a supporter of this government and I will continue to support this government and speak out in support of its policies, but for personal reasons I was unable to put myself forward for this term. But, I am sure, most of you probably thought so because of the reliable news feeds on social media<’ she said.

The subject of Seabreeze became a hot item over the past few days because the Member of Parliament for the area, Lanisha Rolle, tendered her resignation as the Minister of Youth, Sports and Culture on Tuesday, leaving behind a cloud of public questions.

“I’ve heard my name in all kinds of ways and I’ve heard my family’s names. ‘What we want?’ ‘What we come here for?’ I am thankful to those who called and said, ‘I will support you if you go.’ I thank each and every person who made that call, but sadly at this time, I am unable to do so. I thank those who would have come forward and offered their support,” Mrs Bostwick-Dean told the Senate.

“Whoever is the next candidate for Seabreeze, I wish them well. I wish the entire FNM slate well. We are saddened that in fact we have to look for a candidate in Seabreeze and we wish the former minister well. Of course, as a woman I am concerned about the lack of a female presence at Cabinet. I am deeply concerned. I hope that it is a matter that can be addressed.”

After Mrs Bostwick-Dean’s speech, an FNM insider stuck by their story that she was previously favoured for candidacy in Seabreeze.

Senator Bostwick-Dean also elaborated on the lack of female presence in the Cabinet with Mrs Rolle’s departure.

She said, “I do understand the challenges with that decision as there are not many in the Lower House and indeed there is no room for someone in the House to become a seated Cabinet minister. Nobody told me that, my common sense told me that.

“I understand the challenge, but I would be remiss not to state my deep concern about the matter. I certainly hope that it is a matter that there can be some solution to, if not now, then when the FNM returns to governance.”

Senator Bostwick-Dean is the daughter of the first woman to be elected to the House of Assembly, Dame Janet Bostwick and former Senate President J Henry Bostwick. Her brother, John Bostwick II, was the FNM’s candidate for Bain Town in the 2012 general election.

Stunning how the office of the Mr, Minnis aka as the office of the prime minister, intentionally put out and allowed a statement to sit for days of casting a shadow over the party's reigin' House MP for Sea Breeze, only to now pretend to want to walk back to control the damage flung.