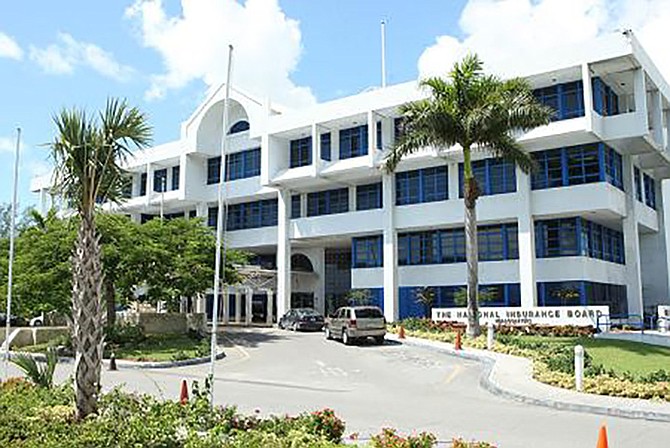 The National Insurance Board’s (NIB) chairman yesterday reassured social security beneficiaries it will recover the $10.8m Ministry of Housing loan that was the subject of a scathing auditor’s report.

Troy Smith told Tribune Business that the present NIB Board has made “a conscious decision” not to enter into any more Memorandum of Understanding (MoU) type arrangements such as the one that governed the controversial loan, adding that problems arose because oversight responsibility was shared with the Ministry of Housing and the Environment.

He added that normal practice was for either NIB or the borrower to take complete responsibility for such projects, rather than split, as he blamed the Ministry of Housing and the Environment and the loan administrator it selected - the HLB Galanis & Company accounting firm - for the problems that arose.

Disclosing that NIB had already received “a significant portion” of the loan monies back from the Ministry of Housing, Mr Smith said there was a commitment from the Government that the social security system will be fully reimbursed to close out a situation he described as “a little messy”.

“I would like to reaffirm NIB’S commitment to the safety and security of the National Insurance Fund. The Board’s focus on the sustainability of the Fund is unwavering, and our conservative investment policy limits our exposure to high risk investment vehicles,” Mr Smith wrote via e-mail in response to yesterday’s Tribune Business article.

Subsequently asked by Tribune Business to identify these enhancements, Mr Smith said they involved implementing “additional internal controls” that involved NIB’s accounts department as well as a management restructuring within its investment division.

“First and foremost, the current Board made a conscious decision not to enter into these type of MoU’s in the future,” he added. “For some reason the Board at the time decided to involve NIB on an ongoing basis in this transaction from an administrative perspective. For some reason there was some provision and stipulation that there was joint administrative responsibility with the Ministry of Housing.”

Mr Smith said such oversight responsibility was normally assumed entirely by NIB, as was done for the recent Ministry of National Security building and soon-to-be-completed government complex in North Bimini, so that it managed disbursement of funding and how it was used “from beginning to end”.

“I think here NIB failed was it didn’t ensure the administrator [HLB Galanis & Company] appointed by the Ministry of Housing and the Environment provided the monthly financial status reports, so we could review and audit that to our satisfaction before we disbursed the funds,” he told Tribune Business.

The NIB chair said that over the past two years the Ministry of Housing and the Environment has “substantially refunded” the $10.8m loan proceeds to NIB, and had “paid a significant portion” of what was outstanding prior to COVID-19 delaying receipt of the outstanding sum.

Voicing “absolute” optimism that NIB will be fully reimbursed, Mr Smith said: “It’s still in hand now, and once the pandemic is behind us we will get back to payments once things are normalised. We’ve got a commitment from the minister of housing (Romauld Ferreira) that additional monies will be paid as soon as time permits.

“We have a commitment in place. The Government has an obligation. It’s been a little messy. We just want them to pay the balance off and we can move on to other projects.”

NIB is also supposed to receive $180,000 from Shukuanya Thompson, a former corporate services supervisor at HLB Galanis & Company, as part of the plea agreement she made over charges that she defrauded the Government’s housing programme of $283,264 in proceeds from the $10.8m loan.

The BDO accounting firm’s report named the contractors who received payments from the defrauded $283,264, with sums ranging from $11,206 to as high as $37,720. None of the contractors were named as co-conspirators or charged in connection with the case, and there is no suggestion they did anything wrong.

BDO, meanwhile, found widespread evidence of “improper payments” to contractors who received funds from NIB’s $10.8m for constructing government homes. “We learned through an interview with Ministry of the Environment and Housing personnel that payments were improperly made to contractors based upon falsified payment authorisation forms,” its report found.

“On Abaco, 23 houses were under contract as part of the expanded programme, of which five were never started. The remaining 18 houses were paid through the fifth stage, thus were considered 100 percent complete.”

However, a Ministry of the Environment and Housing paper revealed that none of the 18 houses were complete. While 15 had reached so-called “stage 4”, and three others were at “stage two” or 40 percent complete, four had been subject to “theft and vandalism”.

This country is in chaos right now and I don't think either parties can fix us due to the abusive political system that has been in place for years. It will never be a chance for a new party to be voted in power because most of the Bahamians will continue to play the blame game that these parties have created.

The only time you see most of these politicians out and about is close to election. The opportunities aren't permanent and not really benefitting our country for long term success. Most of these projects are hiden to the public and will never be known.

The main point is that the government don't give 2 cents about the majority of Bahamians, only their families, friends and lovers get a fair share of great opportunities. They don't want to see you succeed above them so, they will continue to have you below them. Think about it Bahamas...