Face To Face: ‘What You Do Always Speaks Louder Than What You Say’ 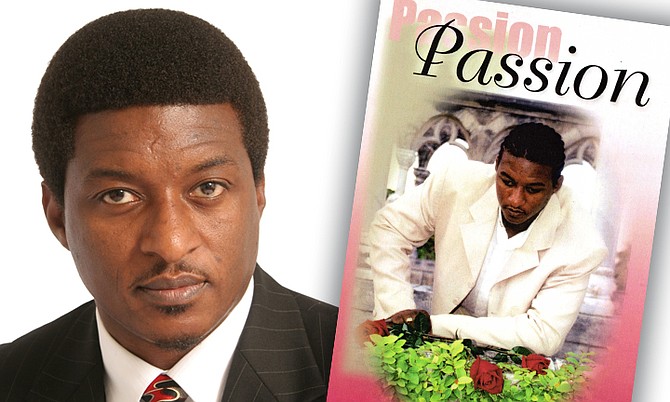 KENDAL Valentino Smith and, right, his book of poetry.

WHEN a man decides to pick up a pen and write about love, it can be epic. Often, women express themselves and share their emotions more freely. Society has taught males to suppress their feelings which can have negative effects on their lives. Both males and females should be taught to embrace their feelings and become more emotionally intelligent. So, when Adrianna Munnings told me about a man who was willing to bare his soul onto a page in a beautiful way, I wanted to meet him and to hear his story.

Kendal Valentino Smith has just released a book about his passions, deep desires, love and life lessons in a book that has just debuted not only in The Bahamas, but the Caribbean. His book of poetry “Passion: The Art of Making Love & War” has already been featured by Caribbean Magazine as a “breath-taking” work which covers everything from “women to love to spirituality”.

“My inspiration for putting pen to paper has been the experiences of my life,” said Kendal.

“For example, love for a woman, God, nature or even laughter... or the exact opposite, anger per se, at injustice. Ultimately I would say much of my inspiration would be divine or from deep within my psyche. I always keep a pen and pad next to my bed because sometimes I would hear verses in my dreams. Could you imagine being asleep and hearing something like “Woe is me, how fortunate a fool, that a mere man unworthy as I, should make love to an angel?”

Eventually, those late night penned verses were compiled into a book that reflects his musings on life experiences.

Kendal was born in Nassau to Perry Smith (deceased) and Clementina Deveaux-Smith as the ninth of ten children. The Smiths raised their children between Nassau Village and Sea Breeze Estates, and Kendal often found his own way by connecting to the nature that surrounded their home.

“The Bahamas was a very different place then,” he recalls.

“I used to get in trouble – especially on a full moon. I loved to sit outside, either on the roof top or on the bank of the canal in the wee hours of the morning. It was very peaceful and I would have my book and my pen and just describe what I saw and what I felt. For me, poetry is like photography but instead of using a camera to capture the moment, I use a pen. Unequivocally, in terms of toughness and tenacity, my father was the greatest single influence in my life.

“Next to that, a day that changed my life was when in about third or fourth grade at C.W. Sawyer Primary, the then Prime Minister, Sir Lynden Pindling, along with Muhammad Ali, the World’s Heavy Weight Champion, came to my school. Even though there were many of us there, I felt as if they had come to see me. Ali did magic tricks and he and Sir Lynden then planted a tree. I cannot begin to express the confidence, and the amount of patriotic pride that those men instilled in me that day. Hence many, many years later, I know that one man can indeed change the world.”

As Kendal grew, he too found ways to make a change in the world around him. He was very concerned about the wellbeing of his fellow man and his sense of national pride and responsibility grew. Eventually, this patriotism spurred him to seek political office in order to make significant and substantial changes for the benefit of his country. 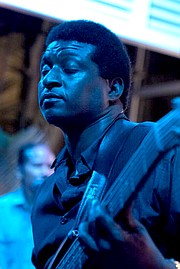 At the age of 42, he launched his first political campaign as a candidate for the Democratic National Alliance (DNA).

“My first political campaign theme was: ‘I have come in the name of my God and in the service of my country’. Justice and equality made me step forward or rather... the lack thereof. My life’s mantra and modus operandi is: ‘Knowing that one man can indeed make a difference, my commitment to the next generation is that I will leave to them a better world than the one that I was born into’.”

“When I was a boy growing up, The Bahamas was owned by Bahamians and there was a certain pride and passion that we were the masters of our own destiny. In my adult life, I have clashed with many who were in power, whose actions and policies dictated that a Bahamian-owned Bahamas was not in the best interest of Bahamians. Despite every facade, despite talking points and soundbites, what you do always speaks louder than what you say.”

Kendal ran twice in the General Elections in the Fox Hill constituency. He funded his own campaign each time and despite the large financial burden entailed, he persevered. While his political aspirations have not ended, he has decided to focus on other aspects of nation building.

His repertoire is wide and diverse. He is just as skilful with his pen as he is with his instrument, the bass guitar. This musician is well known in his own right as a member of the popular Legacy Band. He plays along with Grammy award-winners Patrick Carey, Jeffrey Chea and Rick Carey.

His strong love of country led him to the beautiful and bountiful seas that surround this archipelago and he is currently a commercial fisherman. Fate led him down a path that brought him closer to scenes of nature that he loved as a boy, despite all of the educational and professional pursuits that came in between.

He was graduated from AF Adderley in 1986, then went on to attend the College of The Bahamas, where he obtained a Bachelor of Arts in English. He then attended Livingstone College in Salisbury, North Carolina, where he maintained a 3.75 GPA. His love for writing continued to grow, leading him to pursue and achieve a Master of Arts degree in Professional Writing from Old Dominion University in Norfolk, Virginia in 1997.

His strong command of the English Language is balanced by a knack for numbers, which led him into several management positions in his lifetime. He served as a Purchasing Manager for Solomon’s Super Center; Sales and Marketing Manager for DanBrad Ltd, McDonald’s Bahamas; Super Value Store Manager and Purity Bakery Sales Manager over a span of more than two decades.

His love for English secured him two of his first posts in editing and public relations in Virginia before he returned home. Back in Nassau, he served as a part-time lecturer for COB’s School of English studies for a time.

His pride and joy in writing has come home to roost with his first publication. He describes his book: “Passion is an evocative journey through my romantic, social and political life. The reader experiences a roller coaster effect of emotions, leaping from the mountains of ecstasy; melting in the fires of desire; frolicking in the fields of joy and laugher; drowning in the rivers of misty-eyed heartaches and plunging into the valleys of anguish and death... the reader experiences life.”

Amanda Knowles says; “Passion is a walk through the mind of a poetic genius” and Rivianna Smith called the book “amazing” and “highly recommended”.

“This book expresses love as the unbiddable, ungovernable, uncontrollable force that can overthrow empires, completely subduing the will of the individual,” Kendal says.

“Contrastingly, the book depicts in the Art of War, man’s inhumanity towards man in terms of race relations as well as political and socio-economic privileges. In this regard, the message speaks to and encapsulates what is needed today in America and other countries around the world in terms of equal rights, liberty and justice.”

Passion: The Art of Making Love and War, by Kendal Valentino Smith, is available on Amazon.