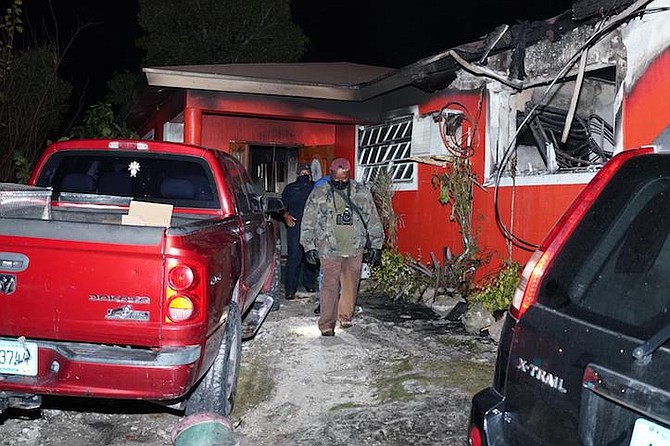 The scene of the fire on Williams Drive. Photo: Terrel W Carey/Tribune staff

Two women are dead and a man is in hospital after a fire at a residence off Cowpen Road early on Thursday morning.

Police received reports of the fire on Williams Drive shortly after 1am.

A Fire Delta unit arrived at the scene and found the single structure building engulfed in flames.

After officers extinguished the fire, they breached the building and found the body of a woman in a bedroom.

A man and another woman were rescued and taken to hospital, however the woman later died of her injuries.