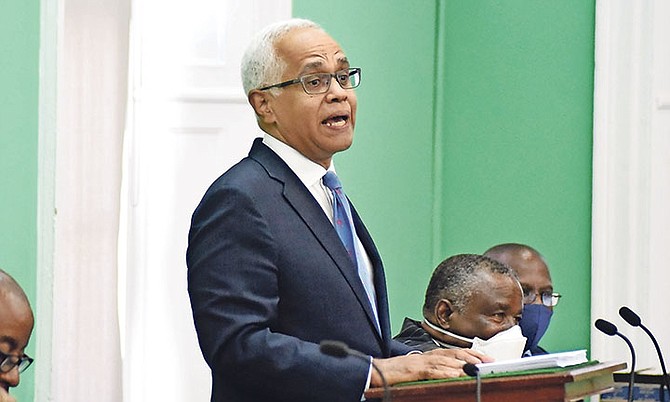 A Cabinet minister last night said the government is “not minded in any way to relax the health travel protocols” despite conceding that have likely helped to “depress demand” and tourism’s revival.

Dionisio D’Aguilar, minister of tourism and aviation, told Tribune Business that The Bahamas “will not risk tipping the balance” it has presently struck between preventing the importation of COVID-19 from abroad and facilitating travel to drive the rebound of its largest industry and wider economy.

He argued that the country, which requires visitors to produce a negative COVID-19 PCR test within five days of travel; complete an approved Health Travel Visa; and take a rapid antigen test if in The Bahamas for more than four nights, “has to keep our protocols exactly where they are right now” given the skyrocketing infection rates in the US and other major visitor source markets.

Acknowledging that tourism’s re-opening will likely have to endure a rocky 2021 first half, Mr D’Aguilar said decisions such as RIU Paradise Island’s decision to close for at least two months, and Sandals’ move to further postpone the return of its two Bahamian properties, reflected current low demand and uncertainty over the strength and timing of the hospitality sector’s rebound.

With the “jury still out” on The Bahamas’ tourism performance since the November 1 border re-opening, the minister added that some resort properties may “not have had sufficient time to ramp up” their marketing operations to get the message out that they and the wider country were once again accepting visitors.

Mr D’Aguilar, while agreeing that The Bahamas’ COVID-19 testing regime and associated measures were impediments to travel, told this nation it was critical to strike the right balance between “community spread” prevention and enabling tourism’s rebound.

Both the Dominican Republic and Mexico have enjoyed the region’s highest visitor numbers amid COVID-19, but this has been achieved by taking greater health-related risks through the absence of many of the restrictions imposed by The Bahamas and other destinations.

“One has to decide where one wants to be,” Mr D’Aguilar told Tribune Business. “We have a relatively good balance in that we have, touch wood, managed to keep our COVID-19 numbers at a respectable level since November 1 but that has come at a cost to a certain degree...

“We are not minded in any way to relax our health protocols for fear of returning to August and September, when we had massive community spread, even though it is probably depressing demand. After what happened in July, if we heed the advice of persons saying we’ve reached a good spot and should open up a bit more, you run the risk of tipping the balance too far and having community spread.

“I think we have to keep our protocols exactly where they are right now; maybe with some very minor tweaks. Certainly the requirements at the border shouldn’t be changed given what is going on. The Bahamas has reached a fairly decent period of stability. The emergency orders have rarely changed, and there’s some calm and consistency in the destination.”

US deaths from COVID-19 are now approaching 400,000, with infection numbers over 24m, with the incoming Biden administration warning it plans to strengthen border and travel protocols in a belated attempt to get the surging virus under control. The UK, too, has unveiled border measures similar to those used by The Bahamas, including quarantines for international travellers.

Mr D’Aguilar said The Bahamas had, in some respects, been out of step from a timing perspective as this nation’s COVID-19 “second wave” had occurred at a time when rival destinations were re-opening with relatively low case numbers.

And, now that The Bahamas has its internal issues under control, the virus is surging in its core markets. “This is going back and forth until the vaccine gets traction in source markets like the US and brings the numbers down to respectable levels, but they have a way to go,” the minister added.

Asked how The Bahamas had performed since its tourism return, Mr D’Aguilar replied: “The jury’s still out. We’ve got to give it six months. I’m sure a number of hotels are closing down now because demand does not meet supply. The owners of those hotels have decided to delay until the situation improves.

“They probably did not have sufficient time to ramp up once we opened on November 1. There probably wasn’t sufficient time to get the word out there that The Bahamas was open for business in terms of the tourism sector. Our opening also coincided with a massive uptick in cases in the US. With the virus as prevalent and widespread as it is now, there’s these roadblocks to overcome.”

Voicing hope that The Bahamas may be able to start modest easing of its travel restrictions around mid-year, Mr D’Aguilar backed the assessment by John Rolle, the Central Bank’s governor, that tourism may only fully rebound to pre-COVID levels by late 2022 and/or early 2023.

“The Ministry of Tourism and Nassau/Paradise Island Promotion Board were of the view there was sufficient airlift available,” he added. “It wasn’t as if all the flights coming here were full. The frequency might not be what it once was, and there was certainly adequate lift based on the load factors we were looking at. It’s not the case that they were up in the 80 and 90 percents.

“We’re relatively happy with the high-end market. We’re capturing a healthy amount of yachts coming into the country, and a number of properties that are catering to the very high-end customer were generally quite happy with the state of affairs on the ground.

“But our core market, which is the upper middle income people most impacted by this, we’re not getting the volume we’re used to.”

A hearing lot more coming up on crown minister Comrade Dioniso James's, Tourism Fantasy Colonyland? Shakehead a quick once for upyeahvote cannot just be making such nonsense up. Shake twice for not?

Any weekend jaunts are over if the Bahamas is not providing Covid tests to visitors for free so they can go home. Bye bye tourism and Biden is going to tighten the noose!