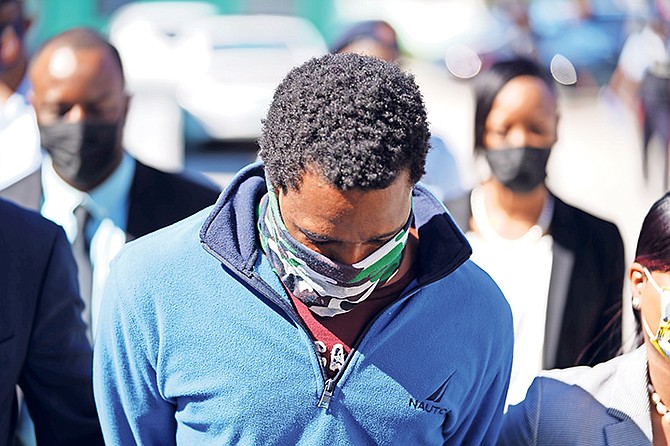 A 35-year-old man who was accused of using Facebook to lure underage girls to meet up with him to have sex was arraigned in the Magistrate’s Court yesterday.

Latario Clarke, who is on bail for another alleged offence, appeared before Assistant Chief Magistrate Subusola Swain charged with three counts of rape, three counts of unlawful sexual intercourse, one count of child stealing and a single count of obstruction of justice.

The prosecution alleged that Clarke had sex with a 17-year-old girl and two 16-year-old girls without their consent between June 2020 and January 9.

It is further alleged that the accused engaged in unlawful sexual intercourse with two 15-year-old girls and a 14-year-old girl between May and November of last year.

Clarke was also accused of stealing another 14-year-old girl from Super Value’s Nassau Street location on January 9 and interfering with the production of evidence in a judicial proceeding between July and October 2020.

Due to the nature of the charges, Clarke was not required to enter a plea and the matter was adjourned to April 7 for service of a voluntary bill of indictment (VBI).

Clarke was denied bail and remanded to the Bahamas Department of Correctional Services until then.

Yesterday, the accused’s father appeared in court and told the magistrate he wanted to withdraw as a suretor for Clarke’s bail for a charge brought against Clarke last year.

However, Magistrate Swain said she was not in a position to address the issue as Clarke had appeared before another magistrate for that matter. As a result, she said she would make a note of his request.