Rhema Emerges As One Of The Top Prep Prospects In Florida 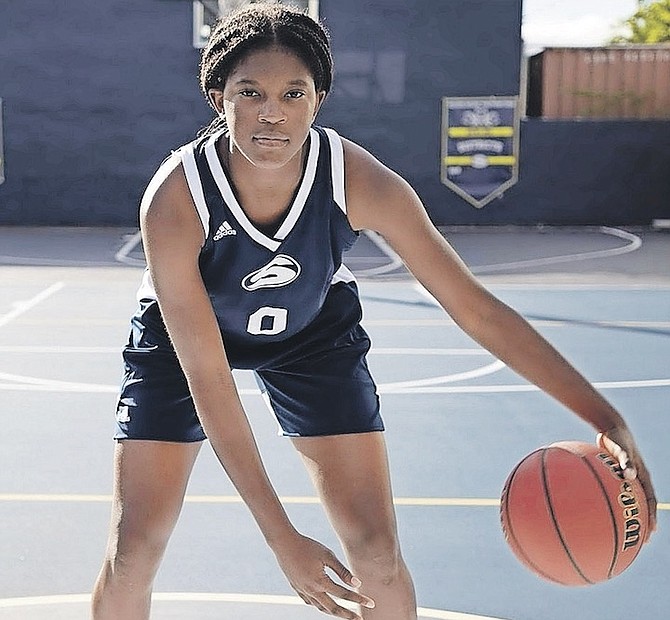 RHEMA COLLINS, of the Bahamas, has been listed at No.15 among the Class of 2023 in the latest edition of the Prep Girls Hoops Florida rankings.

JUNIOR national basketball team standout Rhema Collins has quickly emerged as one of the top prep prospects among her class in the state of Florida.

Prep Girls Hoops Florida lists Collins at No.15 among the Class of 2023 in the latest edition of its rankings.

The 6’2” wing has averaged 16.8 points and six rebounds per game this season for Schoolhouse Prep in Miami, Florida.

At the AAU level, Collins joined the Miami Suns programme, which is a member of the Nike Girls EYBL.

At the national team level, Collins was most recently a member of Team Bahamas that finished sixth at the FIBA Centrobasket Under-17 Championships for Women in San Juan, Puerto Rico. The Bahamas finished the tournament 2-3 overall.

Collins averaged a double double with 11 points and a team-leading 10.8 rebounds per game. She also led the team with 2.6 blocks per game.