DANIEL Thompson, president of the Union of Tertiary Educators of the Bahamas, yesterday accused Bahamas Technical and Vocational Institute and the government of trying to silence workers who have voiced their concerns about the school’s “inefficiencies”.

In a statement yesterday, Mr Thompson expressed dismay at the state of labour relations at BTVI. He said president Dr Robert Roberston recently sent an email to faculty and staff addressing open communication, which the union leader sees as a “threat” to the group’s request for recognition as the bargaining agent for BTVI faculty. 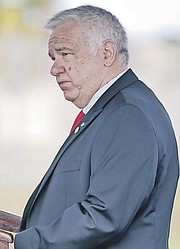 In the email last week, which was obtained by The Tribune, Dr Robertson reminded employees they should use “established policies and procedures to voice concerns and seek resolution to issues”.

The president also highlighted a policy outlined in the institution’s General and Human Resources Policies and Procedures Manual, which states: “Any employee who wilfully creates or distributes anonymous documents, letters, and phone calls, etc, containing libellous, slanderous, defamatory, erroneous, scandalous or unfounded information and is disruptive to the mission, administration, students and educational environment of the institute shall be subject to disciplinary action, inclusive of summary dismissal for extreme violation of the policy.”

On Sunday, Mr Thompson said “while BTVI and The Bahamas government have failed to address the request for recognition by UTEB”, it appears as if they are seeking to “silence the voices of workers” through the email.

“While we await the determination of recognition by the minister with responsibility for labour, Senator Dion Foulkes, UTEB will continue to advocate and proclaim on behalf of workers at this national institute of higher learning,” he said.

He claimed the government-owned tertiary institution has treated its faculty and non-faculty workers with “disdain” and said the union was calling on BTVI’s board members to address several of their workers’ concerns.

These include a lack of a clear career path; the need for an academic vice president; haphazard pay scales; no support for faculty working from home; alleged violation of contracts for overdue payments to adjunct faculty; a disruptive grade submission online portal which existed pre-COVID-19 and an unsecured personnel filing system.

“We will not be silenced or intimidated,” Mr Thompson said. “As we have done in the past, we will continue to highlight the inefficiencies and maladies in the organisational structure of the institute, the confusion in the chain of command and the array of communication dissonance in the communication channels.”

Mr Thompson said the union is also calling on BTVI’s board to hold Mr Robertson accountable for the “dismal situation” at the institute and “demand improvement as a matter of national priority”.

“BTVI’s attempt to silence criticism of its obvious mismanagement, mistreatment, and marginalisation of workers, inclusive of faculty, is not acceptable,” he insisted. “Censorship is only a band aid approach and antithetical to effectively addressing festering underlying administrative and operational decay.”

Yesterday, when The Tribune reached out to Education Minister Jeff Lloyd for comment, he told this newspaper: “If UTEB wishes to bring something to my attention, they know how to reach me.”