• But no decision on Melia; resort gets $100m upgrade 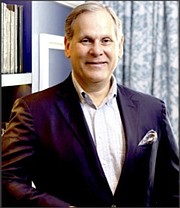 Baha Mar’s president yesterday said 2021 revenues are forecast to be “40 percent less” than pre-COVID levels as it prepares to recall 700 staff for the March 4 opening of its Rosewood and SLS hotels.

Graeme Davis told Tribune Business that the strength of both resort brands, especially their high-end market positioning and extensive customer databases, had given the Cable Beach mega resort confidence they could overcome continued travel market uncertainty around new US protocols that have already produced “some cancellations” in guest bookings.

Acknowledging that Baha Mar expects a slow, rather than swift, ramp-up in business volumes and occupancies once the two hotels open in time for Spring Break and Easter, Mr Davis said their re-opening represents “a very positive step forward” as they will combine with the Grand Hyatt’s pre-Christmas return to provide work for a combined 2,500 employees.

However, he revealed that no decision has yet been taken on when Baha Mar’s Melia Nassau Beach resort will be re-opened and its staff recalled. Mr Davis, though, disclosed that some $100m is presently being invested in a full-scale revamp of the Melia to upgrade all areas and improve the guest experience.

He added that Baha Mar and its Hong Kong-based owner, Chow Tai Fook Enterprises (CTFE), are “all in” on a total $320m spend that includes the $200m Baha Bay water park and $20m for the Marcus Samuelsson-branded restaurant, Marcus’ Fish and Chop House.

Mr Davis said Baha Bay, in particular, will “really redefine water parks” by offering an “award-winning” experience that generates extra demand from families as well as allowing gaming clients to play roulette, black jack and craps while in the park.

With the strength, and speed, of Bahamian tourism’s post-COVID rebound depending upon successful vaccine roll-outs in The Bahamas and its major source markets such as the US, the Baha Mar president said it was “quite possible” the mega resort could return to pre-pandemic business and staffing levels “or better” by the end of 2022 or early 2023.

He added that much would depend on the return of groups booking Baha Mar’s convention centre for conferences and meetings, with this segment yesterday said to be currently 5 percent of what it was in 2019 prior to the pandemic.

“Our expectations are that from a revenue perspective for 2021 we’ll be about 40 percent less than what we were in 2019,” Mr Davis told Tribune Business, explaining that the vaccine roll-out and increased immunity levels in Baha Mar’s key source markets were expected to increase business volumes throughout the 2021 second half in particular.

Describing the Grand Hyatt’s performance as “going as planned” since its December 17 re-opening, he added: “Business levels are presently quite low as we build consumer confidence for the future. Between the opening of the Rosewood and SLS on March 4, we’ll have close to 700 employees coming back to work.

“Christmas was quite slow, but certainly from an expectation standpoint we met our expectations; we certainly did not exceed it. We’re looking forward to a build-up of demand here over Spring Break and Easter and working up to more demand for summer as vaccines get rolled out, and we see more immunity from key markets.”

Some observers will likely view Baha Mar’s decision to proceed with the Rosewood and SLS re-opening on March 4, which had originally been tentatively scheduled for February, as a brace move given the present travel market uncertainty that only increased last week when US president, Joe Biden, issued an executive order that seemingly required all incoming travellers to the US to enter quarantine.

There have subsequently been multiple interpretations of this order (see other article on Page 1B), and Mr Davis acknowledged that the uncertainty associated with this “has certainly caused some cancellations and decreased demand”. This has also been experienced by its mega resort rival, Atlantis, which this week placed 200 Royal Towers staff back on furlough.

While declining to provide figures for this, the Baha Mar chief nevertheless said: “We are seeing a pick up and recovery for March and beyond. We have some group business in March and into April, and they currently expect to still come. It’s small, very small, probably less than 5 percent (of pre-COVID levels) at this stage. It’s really transient demand coming back first.”

Mr Davis also voiced confidence that the strength of the Rosewood and SLS brands, and their focus on high-end clientele who are still travelling despite the pandemic, had given Baha Mar confidence that they will generate sufficient strength to offset the travel market uncertainty.

Adding that this showed the competitive advantage from having three brands under the Baha Mar umbrella, he said: “Rosewood and the luxury segment still have demand, and there’s still a willingness to travel from the luxury segment. Rosewood still has a loyal customer base that will come.”

Mr Davis said SLS, too, retained a similar customer following and database that was targeted at a younger demographic attracted to its lifestyle brand. “Each having its own segment and customer base will generate demand across the entire enterprise of Baha Mar,” he explained.

“That’s the benefit and competitive advantage of having three brands under one Baha Mar destination, and building that consumer confidence from two loyal customer bases for the ramp up here through Spring into summer when we will see some increased demand.”

Mr Davis, though, said Baha Mar had “not made final plans yet” for when its Melia Nassau Beach property will re-open, although some $100m is being invested in upgrading the resort. Describing this as “a full renovation”, he added that when combined with the Baha Bay water park and Marcus Samuelsson restaurant it would take CTFE’s investment to $320m during the pandemic.

Describing Baha Bay as “a world-class” water park that will be “low density”, yet Bahamian-themed with extensive food and beverage offerings, Mr Davis added: “We’re also one of the first in the world to have a gaming experience within the water park, offering black jack, craps and roulette for adult gaming customers.

“It’s a very unique experience. It will really redefine water parks. I would say it would be award winning. This will bring additional demand to Baha Mar, more family business, and improve our summer business as well.” Sugar Factory and Umami Burger will be among the retail and food and beverage offerings.

Mr Davis confirmed that the Grand Hyatt’s occupancy levels are currently in the low teens or double digits, which was in line with expectations, although he declined to provide a precise figure or give forecasts for how this figure will improve over the remainder of 2021.

He voiced optimism, though, that the Biden administration’s pledge that vaccines will be available to the entire US population by summer could result in a swift tourism rebound over the 2021 second half.

Baha Bay’s opening this summer is expected to add another 300 jobs, and he added that the mega resort could soon be close to a 3,500-strong workforce if all goes to plan.

We should not be the least bit comforted by a spokeman of Red China's Fook Enterprises telling us not to worry because tomorrow will be better. It was after all, the sinister and evil Communist Chinese Party that unleashed its deadly Red China Virus on the world. And just look at the destruction that both it and our incompetent corrupt politicians have caused to our tourism based economy.