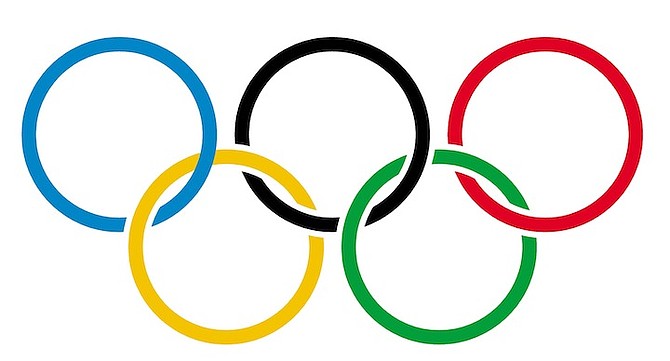 All four female 200 metre qualifiers, a women’s 4 x 400m relay team and two swimmers have been named to the Bahamas’ 2020 Olympic Games team.

And before the games get underway on July 23 in Tokyo, Japan, the Bahamas could have an additional two athletes and a swimmer named to the team, based on their invitations from the world governing body of World Athletics and FINA.

The BOA, indicating that they have received their largest donation ever of $100,000 from the Ministry of Youth, Sports and Culture, announced the make-up of Team Bahamas yesterday in the foyer of the Thomas A Robinson National Stadium.

Among those present were Grand Bahamian female 200m qualifier Brianne Bethel and men’s high jumper Jamal Wilson, who both were among four persons modelling the Team Bahamas’ Puma uniforms that will be worn extensively during the athletes’ stay in the Games Village. Athletes named to the team are:

The women’s 4 x 400m relay team is the only one to make it. Their squad will include Miller-Uibo, Strachan, Bethel, Doneisha Anderson, Megan Moss and Lacathera Cooper.

Laura Morley is waiting on final confirmation on an invite from FINA.

Named to the management team are:

The medical personnel are Dr Rickey Davis and Cottrice Roberts. Personal coaches travelling with the team are Lance Brauman, coach of Shaunae Miller-Uibo; Gary Evans, coach of Steven Gardiner and Kerry Peterson, coach of Joanna Evans. In making the announcement, BOC president Romel Knowles made it emphatically clear that while there will be those who question the size of the management team, it’s based on the team size calculator, which determines the amount of officials.

As for the controversy brewing in the women’s 200m where Strachan became the latest of the quartet to run the qualifying standard at the Bahamas Association of Athletic Associations’ National Track and Field Championships over the weekend behind Miller-Uibo, Knowles said the other three qualifiers, including Bethel and Gaither, ran faster in their races earlier this year.

“The three fastest qualifiers automatically earn the right to a lane,” Knowles said. “There’s an opportunity that may happen in Tokyo that many allow her to compete, but it’s all provisional.”

As such, Knowles said they made the decision to take the four qualifiers based on the fact that they followed the guidelines used for athletes to make the team. However, he said the rules by the BAAA does not allow to the BOC. He noted that they follow the first ways that the athletes could qualify for the games.

“The first is they must meet the Olympic qualifying standards,” he said. “The second is the World Athletics’ world ranking, which is being considered for Donald Thomas in the men’s high jump and the other is versatility, which is given to member federations by the world governing body.

When asked if Strachan showed up to the BAAA’s Nationals, competed and qualified, why is she being denied a lane when two other competitors who qualified didn’t compete in the event at the nationals, Knowles said the final decision is made at the scratch meeting and that is when the final decision will be made in reference to who will run.

The team’s travel into Japan will be staggered in that athletes must come within five days of the start of their competition, but the BOC has requested seven and they got it granted. They must leave two days after their events are completed to leave.

However, Davis provided an outline of what is required for all person heading into Tokyo for the games. He noted that because of Covid-19, there are some strict measures that they must follow.

“The first rule and regulation is that 14 days before we travel, we must be able to keep a record of our health conditions,” he said. “All our athletes and athletes must have a temperature thermometer and they have to keep a record in order to enter Japan. If you don’t keep the record, you are not entering Japan.”

If any member of the team have any symptoms or signs of Covid-19, they will not be allowed to travel, which could put the entire team travel in jeopardy.

“We have to do testing before we leave Japan to make sure that we are healthy to make sure that there are no carriers taking it out of Japan” he said. “They will be doing testing by salver, but if necessary, they will do the nasal swap.”