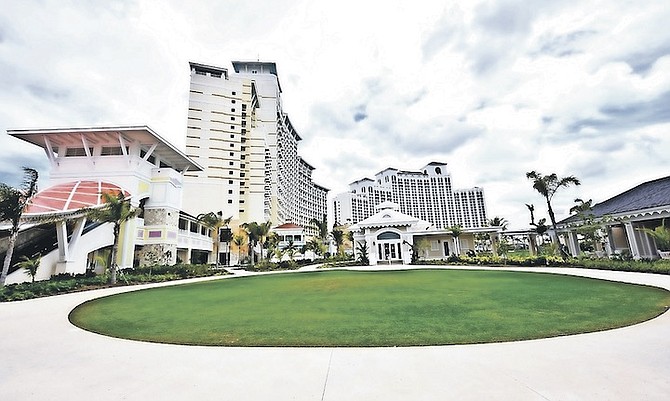 Baha Mar’s main contractor has launched its own bid to secure Bahamian judicial assistance in a bid to unearth evidence that will support its counter-claims against former owner Sarkis Izmirlian.

China Construction America (CCA), employing a tactic used against it by Mr Izmirlian, wants the Supreme Court and Attorney General’s Office to help obtain records it hopes will back its contention that Baha Mar’s failure and plunge into Chapter 11 bankruptcy protection was caused by the former owner’s alleged “mismanagement” of the multi-billion dollar project.

The Chinese state-owned contractor and its US attorneys have prepared the assistance request, to be issued via the New York State Supreme Court, which seeks documents allegedly under the control of Ed Rahming, the Bahamian accountant and Intelisys (Bahamas) principal, who acted as one of the three Baha Mar liquidators after the Chapter 11 bid failed.

Drawing on affidavits sworn by Mr Rahming and filed with the Supreme Court, CCA alleged that the former liquidator worked with Baha Mar’s lender, the China Export-Import Bank, and Deloitte & Touche, in their capacity as the mega resort’s former receiver/managers, to preserve records relating to 24 companies under the Baha Mar umbrella.

Those records, CCA added, were “now stored at Sunryse Information Management’’s storage facility, believed to be located at 1000 Bacardi Road, Nassau, New Providence, The Bahamas”. It added: “The joint official liquidators are believed to be in possession, custody or control of documents that are material and necessary to defendants’ claims and defenses in these New York proceedings.

“In particular, defendants seek documents relating to Baha Mar’s finances in order to evaluate the appropriateness of its expenditures throughout the project, along with e-mail communications and other electronically stored information regarding the project.

“Access to these documents is particularly important given that Baha Mar Properties (Mr Izmirlian’s vehicle) has indicated that the ‘scope of documents available’ to it in the normal course of discovery is ‘severely limited” because the liquidators and/or receiver/managers, pursuant to lawful Bahamian court order, took possession of the ‘[Bahamar.com email domain, and computer servers, databases and physical documents ... in 2015’.”

Some observers are likely to view CCA’s bid for Bahamian judicial assistance as little more than a so-called ‘fishing expedition’ seeking to support its claim that Mr Izmirlian and his team “mismanaged the project’s finances and the release of design information, resulting in delays and cash flow problems on the project”.

However, should CCA’s bid under the Evidence (Proceedings in Other Jurisdictions) Act succeed, it would be represented before the Supreme Court by the Attorney General’s Office. Mr Rahming, in an April 9, 2018, affidavit, revealed that the records of the 24 Baha Mar companies were contained in around 2,900 boxes.

He added that Sunryse Information Management had been hired “to organise, pack and index these records” which were to be kept at its storage facility following an agreement between the liquidators and the Deloitte & Touche receiver/managers.

Ok Bah Mar, y’all done stolen a man’s life long dream. Bah mar. And it has proved to be a gold mine for y’all with almost unlimited potential. The courts will rule in favor of the man because it is patently obvious what you have done. In the terms of slavery, you invaded the master’s quarters and in terms of Donald Trump , you stormed the capital. Government must not dirty its hands anymore with this dirty deed. Pay up and shut up. Let your victim move on.