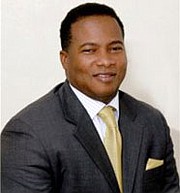 A Bahamian financial services provider yesterday argued this nation should not use global demands for a 15 percent minimum corporate tax rate “as a marker” after Ireland refused to budge from its lower regime.

Paul Moss, president of Dominion Management Services, told Tribune Business that The Bahamas should both seek to form alliances with the likes of Ireland and implement a corporate income tax at a much lower 5 percent level “for its own needs” rather than wait to be dictated to by the G-7 and Organisation for Economic Co-Operation and Development (OECD).

While The Bahamas is among the 130 nations who have already committed to the G-7/OECD Inclusive Framework, Mr Moss said his long-standing call for this nation to implement a low-rate corporate income tax had been further justified following recent revelations about how much profit Shell, the multinational energy giant, is booking through this nation.

A recent Reuters report on Shell’s tax filings revealed that more than $1.8bn of its offshore profits in 2018 and 2019 were booked by Bahamas-based Shell Western Supply and Trading. The oil trading outfit was said to buy oil from Shell fields and other producers in West Africa, Brazil and Guyana, and sells two-thirds of the crude it acquires to other Shell affiliates.

Shell Western was reported to enjoy a profit margin of 4.1 percent across 2018 and 2019, more than four times’ the level of independent oil trading firms, with its profits also outperforming rivals. Yet The Bahamas seemingly earns nothing in taxes or anything else from the profits being booked in this nation.

This would potentially be caught by a corporate income tax, and Mr Moss said: “We ought to be able to catch these guys, but catch it for ourselves and not be dictated to by the G-7 or anybody else. We got nothing from it. Imagine getting 5 percent of that and what that would do for the country. We have to go after it and get it on out terms, not those who want to put us out of competition at 15 percent.”

A 5 percent corporate income tax imposed on $1.8bn would equate to $90m at a time when the Public Treasury needs every cent of revenue it can lay its hands on post-COVID. And Shell’s activities would appear to be exactly what the G/7/OECD is targeting with their 15 percent minimum global corporate tax plan.

A 15 percent levy on $1.8bn equates to $270m, but under the G-7/OECD plan it is unlikely that would all come to The Bahamas. For it calls for such revenues to be redistributed to the countries where the profits were generated, meaning the likes of west African states as well as Guyana will share in this.

It is also uncertain if Shell would qualify given that the G-7 finance ministers’ communique was seemingly focused on multinational entities making profit margins of 10 percent or more, not Shell Western Supply and Trading’s 4.1 percent.

Mr Moss, meanwhile, said The Bahamas needed to be careful about committing to a 15 percent minimum global corporate tax rate after Ireland denied that it will abandon its 12.5 percent rate that has helped attract multiple multinationals to its shores.

Paschal Donohoe, the Irish finance minister, told the country’s media yesterday that the 12.5 percent rate “has been a key feature of our economic policy now for decades” and he was “committed” to maintaining that.

“What I’m doing is making the case for our 12.5 percent rate and for the right of smaller and medium-sized economies to have a low rate, as part of their competitiveness,” he said.

The problem with collecting more equals more wasteful spending I do agree a tax regime is needed, but boy if the Bahamas as a whole can benefit and a greedy few,

Very naive thinking … why did Shell set up a structure here in the first place … and unless we are the lowest tax jurisdiction in the World … why should they stay … surely not for the Comch Salad, Kalik and Junkanoo! Given that the World will never “agree” to allow other Nations to have fiscal advantage, particular small “semi”-corrupt Nations that are mismanaged and in need of Global humanitarian assistance when disaster strikes, the dominant economies are now calling the shots and forcing “all” to comply … or face exclusion from the international banking system, which will really bite home if we are not careful when the credit card does not work in Florida and it is not possible to wire fees to US, Canada and UK schools and universities, not to mention purchase petroleum, food and medical products … and as for “standing up”, last time I checked this required “legs” … do we have any left, as coconut trees don’t count?!?