Insight: Just Look At The Covid Numbers - These Are Dangerous Times 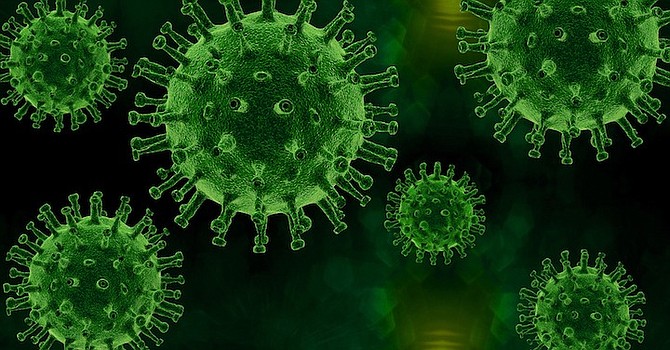 WHILE many countries have been rolling back restrictions in recent weeks, many are becoming worried this may be a short-lived reprieve if cases of the Delta variant continue to spread quicker than people are becoming vaccinated. As for The Bahamas, COVID-19 is still spreading at a disconcerting rate with a spike in COVID-related deaths since April. The Ministry of Health confirmed there were 17 additional deaths in the country during this period, increasing the suspicion the Delta variant is here already.

Our public health system has been pushed to the brink for over a year now. And with nurses leaving the service even as cases are rising, the situation is increasingly challenging.

Princess Margaret Hospital is operating at full capacity with sick patients, 67 infected with COVID-19 up to last week. Yet, there does not seem to be the sense of urgency one would expect on finding out if these cases were, in fact, a result of the Delta variant. Particularly as this comes when the government is trying to keep pace with the rest of the world in opening up and getting back to normal.

Plainly said, we must decide whether we are contenders or pretenders.

Our reality here at home is a stark contrast to places such as the UK, Canada, and even the US, which has tapered off of late. Each of these countries can boast much better adoption rates of their vaccination programmes. The UK, Canada, along with countries like Israel and Chile have all vaccinated around 70 percent of their populations. The US has arrived at somewhat of a lull as most people that were pro-vaccination have already taken their shots, leaving only those who are anti-vaxers and others who are apathetic. Still, they have vaccinated more than half of their population – about 55 percent of Americans.

If we were to look in our region, The Bahamas ranks near the bottom with respect to vaccinated populations.

However, vaccination hesitancy still continues to be the narrative being pushed by the government without data confirming if we have the Delta variant here or when we will secure enough vaccines to immunise enough people to achieve herd immunity.

It was nearly a month ago that Health Minister Renward Wells said samples were sent off to be tested to confirm if the Delta variant is spreading throughout the community. With nothing definitive said by the minister, one can only assume the government is still awaiting this information.

His predecessor, however, is quite confident the Delta variant is on a rampage and is likely the reason for the rapid development of new cases of COVID-19.

“I think as a matter of fact, it is probably part of the reason why we’ve seen an uptick in the number of cases presenting to the various emergency rooms and why we are seeing younger people with COVID-19 requiring hospitalisations. You have people in their 20s, 30s being hospitalised and I think we need to recognise that what is going on worldwide might be happening here in The Bahamas.”

He is right. We’ve had cases where COVID has taken a life as young as five months, and of the recent deaths reported by the ministry of health, there were also at least two people in their 30s.

Although he is not the top man at the Ministry of Health anymore, the Bahamian people continue to repose a great deal of trust and confidence in Dr Sands and appreciate his commentary.

Nevertheless, we yearn to have the same in Wells as the reality we face brings along with it the loss of lives – Bahamian lives.

After all this time, details continue to remain confusing on the exact quantities of vaccines we can account either through COVAX, donations or otherwise. Additionally, the timelines continue to shift at the same time as government ministers are scolding the Bahamian people for not getting vaccinated.

Furthermore, after a series of delays on the arrival of the AstraZeneca doses from the COVAX facility, the National COVID-19 Vaccine Consultative Committee announced the suspension of first-time doses until more arrive here. This means that unless you are in line to obtain your second dose, you will have to wait until the remaining 33,600 doses of AstraZeneca arrive later this month – assuming there are there are no further delays.

Minister Wells also noted we are slated to receive an additional 57,330 doses of Pfizer by August, offered through PAHO, as well as the final tranche of about 33,000 doses of Astrazeneca through the COVAX facility. Additionally, it has been reported that we can expect additional vaccines to be donated by the US in the third quarter of this year. However, it is unclear how generous a donation that will be. It is highly doubtful it will be so substantial that we would have all of the vaccines needed to comfortably achieve herd immunity, so where will that leave us?

That said, it is positive to see actual vaccines on the way. But if we are looking at timelines of when they will arrive against the backdrop of decisions being made by the government, the narrative that the science is being followed is leading to a great deal of confusion.

Take that recent UN report which revealed The Bahamas ranks near the bottom of vaccinated countries in Latin America and the Caribbean and compare it with the fact we are also one of the most visited countries in the region as our major hotels are already experiencing 90 percent occupancy in the middle of a pandemic. Nearly half of the population from our primary source market is unvaccinated and almost 100 percent of infected Americans ending up in the hospital with moderate to severe illnesses are among the population which has rejected getting the jab.

Reopening feels great. You’ll be hard-pressed to find someone that will argue with you on how good it feels to be back to work and receiving our liberties again. But with a state of emergency set to expire next month, it does seem very concerning that politics, more than public health, is what seems to be driving many of the decisions we’re seeing.

If we look at the US as a model, they were one of the first countries to implement a well-resourced vaccination programme. Nevertheless, whether due to prematurely rolling back restrictions or vaccination hesitancy, they are dealing with full-fledged outbreaks in places where there are lower vaccination rates.

We need to be really careful with how the expiration of the state of emergency will play out considering our vaccination programme is nowhere near well-resourced. As supply chain issues continue to cause delays with COVAX, a politician’s word is only meant to soothe voters, particularly as election time nears.

Even in the context of an election, if you can win against COVID by balancing the protection of public health, people’s livelihoods and the economy, you can certainly win an election.

The government’s invitation for Bahamian citizens who have been vaccinated abroad to register their vaccination status also speaks to the politicisation of this entire process. If one were to play devil’s advocate, it would be quite easy to pad the numbers of vaccinated citizens without providing the granular details about where they actually reside.

Of course, we hope the government would not resort to such practices to present the illusion that our numbers are better than they are. But as the saying goes, desperate times calls for desperate measures.

Friends, these are very unsettling times. Make no mistake about it.

Yup, the Dupuch-Carron family members, who are the owners and voice of The Tribune, are really applying the screws to Minnis now because he is having second thoughts about approving their proposed mega-million dollar BACSWN project. Minnis is no doubt trembling as Eileen Carron ratchets up her wrath using her newspaper. LOL

"Just Look At The Covid Numbers - These Are Dangerous Times".....So if they "REALLY CARED" why not remove the asshole restrictions on importing N95 masks?

LOL - your eyes are open. Eyes are not allowed to be open during this pandemic. Shut them immediately before you get in trouble.

Our Tribune would have served us better had it done its private investigation rather than relying on on the failed Minnis state of profit first and lives matter is a proven lie. You failed to mention vaccination failure after s I six to eight months according to Israel. Folowef by another then another. There is a war going on between global power tourist driven dominance, war profiteers and now big pharma profits in their criminal scheme of things. In the end, a continuation of trusted tourist indusry outside agricultural independence is our best continuing hope. With ongoing looming holistic war between China and the USA, with medical slave of the masses tyranny on a few elites win that will barely pay off but drain us further against our 10billion dollar Bahamas debt. And as Bahamians work labor to mouth our greatest fear is digital led starvation that our gov offices are enslaving us with. We don't know who is leading us. But it is time for the slaves to trust others than big politics.

how did the hospital get TO capacity without a word from the health minister??? It was THE most odd occurrence last week when PMH put out its own statement to say no more COVID beds. Wells was silent. no wait, he did tell us that the law of the land was to wear a mask but he wasnt wearing one.....

Isn't it amazing that all across the USA, Canada, and here that hospitals seem to reach "capacity" or "near capacity" but just never seem to overflow. I wonder if the virus is aware of the number of beds in hospitals that it is near to? You don't see hundreds of tents set up outside any hospitals in Miami or New York or Paris or anywhere. Kinda reminds me of Fox Hill Prison. Never any tents, never any empty cells. An impressive balancing act it would appear - but I'm sure it's just coincidence.

Whatever else Doctor Sands maybe he is a competent doctor.

I often wondered why with such a competent doctor in place why did the PM need DR Regis as a consultant? when doctor Sands was so capable.