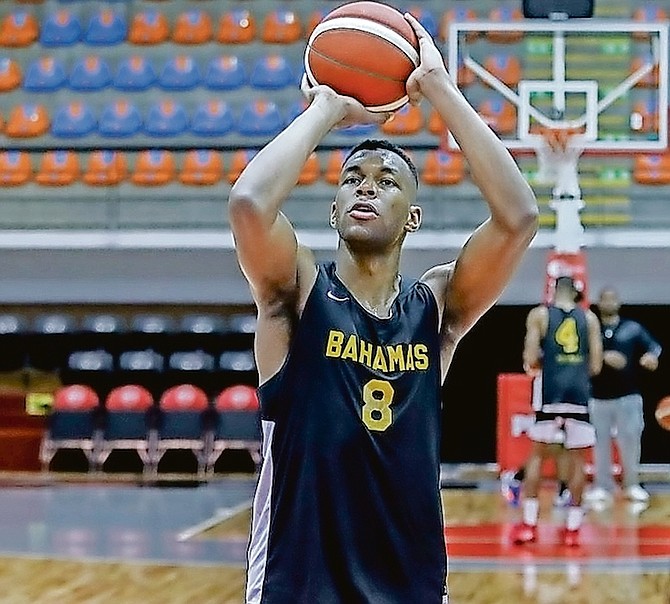 The national team standout signed with Mulhouse Basket Agglomeration for the upcoming 2021-22 campaign as the team looks to improve on last year’s 15-11 finish, tied for fifth in Group B.

Mackey spent last season with JSA Bordeaux Métropole Basket as the team struggled to a 7-19 record, 13th place in Group A.

The NM1 League is the third-tier division of club basketball in the country. The two top teams from each season of the competition are promoted to the LNB Pro B, which is the French second division.

Mackey last appeared as a member of the senior men’s national team that finished the FIBA World Cup 2023 Americas Pre-Qualifiers for Group A with an undefeated 3-0 record and advanced to the next round in November.

He averaged 6.1 points and 6.3 rebounds per game over the course of the series. He grabbed a team high nine rebounds against Costa Rica in just 15 minutes and capped the tournament with a 12 point seven rebound performance against El Salvador.

He also competed in November 2020 at the second window of the FIBA Americup 2022 Qualifiers in Indianapolis, Indiana.

Mackey played in the second game of the window, a 91-85 loss to Puerto Rico at the Indiana Convention Center. He posted 18 points and seven rebounds..

He entered pro basketball following a senior season for the Northwestern Ohio Racers when he averaged 16.6 points and 8.9 rebounds per game.