Abaco Outbreak - ‘We Dropped Our Guard’ 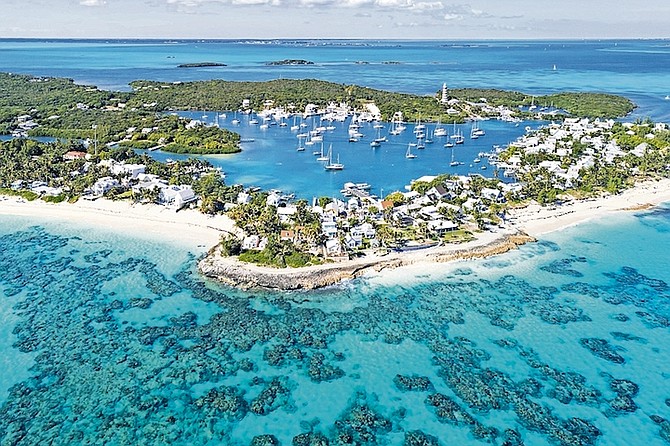 LOCAL officials are urging residents in Hope Town, Abaco, to keep their guard up amid a reported COVID-19 outbreak on the island that has prompted the closure of several businesses in recent days.

The Tribune understands that at least one of the positive cases is someone who has been fully vaccinated against the virus, but is said to be experiencing mild symptoms.

In a memo sent to residents yesterday, the community’s chief councillor, Jeremy Sweeting, announced that the Hope Town District Council’s office would be closed until August 3 due to a recent spike of infections on the island.

“The District Council can confirm that 53 persons presented themselves on Elbow Cay on 21 of July to be tested by medical personnel for COVID-19,” Mr Sweeting said in a statement.

“So far, it is understood that 15 persons from Elbow Cay have tested positive in the last 72 hours. The other persons’ results from yesterday are still pending.”

However, data provided by the Ministry of Health shows that only one positive case was confirmed on Abaco on Tuesday and two on Monday – pushing the island’s total to 388 as of July 20.

When contacted about the issue yesterday, Mr Sweeting explained some of the positive cases were diagnosed by way of rapid antigen tests.

RT-PCR tests are currently used as the gold standard to determine COVID-19 infection in The Bahamas.

“It’s very concerning.. .and there are others who are presenting themselves as well so the number will go up as far as people who are being tested,” he told The Tribune.

“Then we also have one person who tested positive from Guana Cay which is another island within my district and this individual was in Hope Town a few days ago or maybe a week ago and now, they have tested positive.

“Most of the persons who got tested, they got tested through a private facility, private doctor,” he added.

He said local health officials are aware of the issue and have been working with private medical facilities.

Mr Sweeting also confirmed that one of the positive cases was fully vaccinated.

“One person in particular, I know for a fact that this lady was vaccinated,” he said. “But her symptoms were minimal compared to what it could’ve been. I mean the symptoms were mild and I think she is doing better than she was doing a couple days ago.”

It is not clear where the new cases originated from, but Mr Sweeting admitted Hope Town residents have become relaxed with the COVID-19 rules.

Sources told The Tribune there has also been a lack of enforcement of health protocols in the community, which has seen increased tourism activity in recent weeks.

He said: “I think being with the country opened back up and everything, I think that a lot of us have become relaxed because it’s basically COVID fatigue and everybody is guilty of that to a certain extent, myself included, but we have to try not to allow our guards down and keep our guard up and continue to carry out all of the protocols because this is no time to let our guards down.”

The increase in cases has raised deep concern among locals there who are worried about the lack of medical resources on the island.

“It’s definitely nothing to mess with and we have to put safety first.”

Does "We dropped our guard" really mean "We came out of our cages"? What a shame that unlike every other disease on Earth, there are no medications that assist with this one; only vaccines. God must have not foreseen it.

Ivermectin, even if it does turn out to be useful, is only good for treating symptoms after contracting the virus. We want to stop the virus before it has a chance to cause symptoms. Sheesh!

I know this will blow your mind, it's does both. yes, the vaccine is good too!!!

The only reason my mind is blown is that you would be so foolish to think and post something like that. It's an antiparasitic !! There is also NO completed, regulated & peer reviewed clinical trial data. There are currently some CT's in progress looking at Ivermectin as a treatment for the symptoms, but the data is not yet available. Check the Merck website - they make the stuff !

"One person in particular, I know for a fact that this lady was vaccinated,” he said. “But her symptoms were minimal compared to what it could’ve been."

hiw do you know her symptoms were better than they could havd been. I assure you there are people walking around Abaco NP and GB who are COVID positive and have no symptoms. Why? With the hospital at capzcity there has to be community spread Some of these on symptomatic persons could be rich tourists on yachts wearing no masks or tourists at the junkanoo rush out at Atlantis tonight.

"I think being with the country opened back up and everything, I think that a lot of us have become relaxed because it’s basically COVID fatigue"

will people please stop with this dumb we dropped our guard nonsense? In our community people were moving freely from November last year. What changed? There was an exponential increase in touri sts and somewhere among them was at least one asymptomatic tourist carrying the delta variant

Voting age-eligible residents in all Twelve Central & South Abaco Polling Divisions, should keep a Bucket handy to piss-in, and kept by the front door at the ready be quick piss-tossed in the direction any Red Party's general election candidates, has the nerve show they votes-knockin' face, yes?

In view of the imminent national general election, our most supreme Incompetent Authority will soon be issuing a new emergency order that only the holders of a red vaccine card along with a valid voter's card will be eligible to vote. Yes? No? lol

Yet people still refuse to get the vaccine.....

To DUMB to VOTE also! Is this your plan!!! Hope you do not get in trouble, for letting out the plan early.