The importance of the Olympic Games 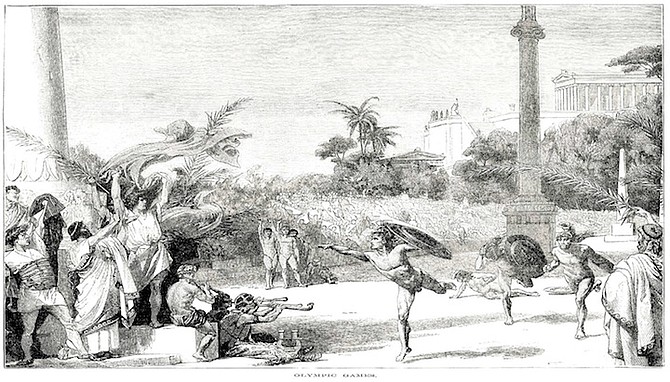 HISTORICAL picture of the Olympic Games.

THE Summer Olympics finally got on the way last Friday, in Tokyo after a year’s delay caused by the pandemic.

Held every four years, the competition captures the imagination of billions of sporting fans, having an economic and social impact that stretches beyond sport. The modern version of the games, based on those of the Greek classical era, was created in the late 19th Century by Pierre de Coubertin, a French aristocrat who, during a visit to England, was inspired by the Wenlock Olympian Games, held in the county of Shropshire. Upon his return to Paris he soon set up the International Olympic Committee (IOC) and started to gather the necessary support to organise a grandiose and international version of the British event.

Eventually the first edition of the modern-era Olympic Games was held in the Greek capital of Athens in 1896. It was, by today’s standards, a modest affair, where all competitors were amateurs. Professional athletes, which were already relatively common during the late 19th Century, were not allowed to participate – a rule seen by some as a snub from the aristocratic elites, which provided most of the competitors, towards working-class professional sports people.

Much has changed since those days. Today, top professional athletes have themselves become part of the global elite, commanding more influence and economic clout than the average aristocrat. And, they are not just welcomed at the Olympics, they are fundamental to the appeal and commercial success of the games.

Still, the transition to professionalism was slow, finally reaching a climax almost 100 years after the first edition. It happened in Barcelona 1992, when the International Basketball Federation authorised the inclusion of professionals, and the United States fielded the famous Dream Team, which included names such as Michael Jordan and Magic Johnson. They did off course win gold, as well as scores of new basketball fans around the world. Interestingly, the only international federation still not allowing the participation of all its top athletes in the Olympics, is FIFA; probably for fear of obfuscating its own event: The Football World Cup.

According to data from the IOC, every four years the games generate a profit of approximately $6bn, mostly from broadcasting and marketing rights. Because the IOC is a non-profit organisation, 90 percent of this revenue is destined to finance grass-roots sport and athlete development, while the rest is used to mitigate the financial burden experienced by host cities.

Despite the high costs associated with hosting the Olympic Games, which in the case of London 2012, for example, was $18bn, there is a long list of cities around the world willing to welcome an event that not only enhances their international reputation but also boosts job creation and leaves a legacy of infrastructure benefits; Rio de Janeiro, the host of the 2016 Summer Olympics, increased the offer of tourist beds by 15,000; a massive improvement for a city that had, until then, struggled to accommodate large numbers of visitors.