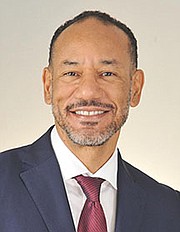 • Tax should ‘not be sole reason to be here’

An ex-attorney general yesterday reassured that The Bahamas has “no cause to panic” over the 15 percent global minimum corporate tax rate agreed by world’s powerful nations at the weekend.

John Delaney, now head of the Delaney Partners law firm, told Tribune Business it was in some respects “helpful” that the G-7 (group of seven) finance ministers had revealed their objective as it will play into - and help guide - this nation’s ongoing tax reform efforts and discussions.

Acknowledging that the business licence fee, one of The Bahamas’ main methods of business taxation, is “hard to square with being rational” because it is levied on turnover, Mr Delaney said corporate income tax was one replacement option but warned against simply “slapping on” such a levy given the potential to unduly burden the private sector.

Urging The Bahamas to “get a fix as soon as possible” on its own tax reform efforts, he suggested that the G-7’s plans was more likely to impact rival international financial centres (IFCs) such as Bermuda and the Cayman Islands because they have targeted the multinational corporate business that is its primary focus.

The Bahamas has traditionally focused on private wealth management, catering to high net worth individuals and their families, and Mr Delaney said the G-7 initiative should not discourage companies from relocating or domiciling to this nation because tax “should never be the sole reason for being here”.

“I do not see any cause for panic arising out of this. Some may be saying it’s all doom and gloom, but it’s not,” he told this newspaper. “To some extent, I think that it’s helpful to have it out there, some pronouncement for what it’s worth as to what might be considered a headline standard for taxing corporations. It’s helpful that they have laid down a standard for taxing corporations.

“We have had some discussions for at least a decade around the subject of an income tax or corporate income tax, and what would be the appropriate rate - five percent, ten percent, 12 percent. Be that as it may, it [the G-7 move] adds something to the discussions.”

Mr Delaney said the announcement also “takes away some of the competitiveness concerns about going ahead” and adjusting taxation systems to meet the G-7 demands, given that the corporate tax ‘floor’ has already been established at 15 percent, although implementation timelines need to be “clearly articulated”.

The weekend announcement “spoke to the broad objectives as opposed to the nuts and bolts of how to achieve it”, and the former attorney general during the 2007-2012 Ingraham administration said he was “not oblivious” to the fact that others may view developments with more concern than himself.

Suggesting that the global corporate income tax push aligns with growing calls to reform The Bahamas’ existing Business Licence fee regime, Mr Delaney said: “It’s been well articulated that our Business Licence way of taxing, I think most people accept that to tax turnover as opposed to profit, it’s hard to square with being rationale in terms of enabling businesses to survive.

“You can have a business with incredible turnover that is barely making a profit or suffering a loss. Already there has been identified a need for us to look at how we tax business activity. We’ve been taxing businesses for a long time using the Business Licence Act, and this is just an alternative regime.

“However, what is important is we don’t slap on an additional tax and that it becomes detrimental in terms of overall economic growth. We don’t want to dampen economic activity. We want to encourage business activity while taxing it. Altogether, we need to look at this entire method, process by which we raise state financing and determine how we go about doing so,” he added.

The Prime Minister confirmed during the Budget communication that the Government is presently conducting another tax reform study, and Mr Delaney said The Bahamas needed to properly evaluate the G-7 position and what it may mean for this nation and the value proposition for its financial services industry moving forward.

Arguing that The Bahamas must “ensure we continue to be relevant”, he added that the global minimum corporate tax rate did not undermine its competitive advantage as this was not exclusively based on its ‘no tax’ platform - although some may beg to differ.

“Tax may be a factor, but it should never be the sole reason for a business being here,” Mr Delaney told Tribune Business. “If that is the case, that’s clearly not as good model going forward. Any jurisdiction today, if their strategy is being a ‘no tax’ jurisdiction, then they have a strategy that is hugely problematic and should have got the memo 21 years ago.

“As regards this initiative, I don’t think it should create long sleepless nights for The Bahamas. It is good information for us to know how things are evolving, and it’s useful for us in reorganising our own affairs both domestically and internationally.”

However you slice this, taxes are just a fact of life. However, paying taxes should always come with two things: 1. They need to be fair up and down society. 2. You need to get something back (services, infrastructure, etc...) for paying taxes. To beat an already dead horse, what did we get back from the introduction of VAT? Nothing.

"what did we get back from the introduction of VAT?" nothing except a lot more debt...

true. there will be no "getting back" of anything until we get real, ethical candidates who aren't running for office just to get access to crown land and to extort contracts awardees

"was in some respects “helpful” that the G-7 (group of seven) finance ministers had revealed their objective as it will play into - and help guide - this nation’s ongoing tax reform efforts and discussions."

I hope the discussions include a statement like and as soon as we agree to this theyll snatch the ball from in front if us like Charlie Brown...

No cause for panic when the government refuses to control spending or reduce in size, refuses establish legal guidelines for campaign finance reform, refuses to punish the corrupt - oh here’s an idea - just lump more taxes on the back of Bahamian mom and pops and small businesses - wow idiots while continuing to open the borders to every manner of competition - makes sense ??? It can’t be that hard to follow the money in this day an age...

Breaking news: the UK wants the City of London to be exempted from the deal struck by G-7 nations to collect more taxes from big global companies. Chancellor Rishi Sunak is expected to make the case that financial services, including global banks with head offices in London, should get a break. Will the PM request the same for the City of Nassau?

Is the PM even intelligent enough to know he can ask for the same? Our position on WTO, OECD, the U.N. etc etc has been one of default caused by a lack of negotiating continuity, for 30 years. We have put our foot in every mud puddle along the road. We switch negotiating teams as some would change underwear. We lurch from pillar to post as they are moved! Add to that the fact that Government administrations have hidden the information and agreed to principles from the private sector who will have to cope and deal with it all!