‘Adriana Was Never Here - She Drowned’ 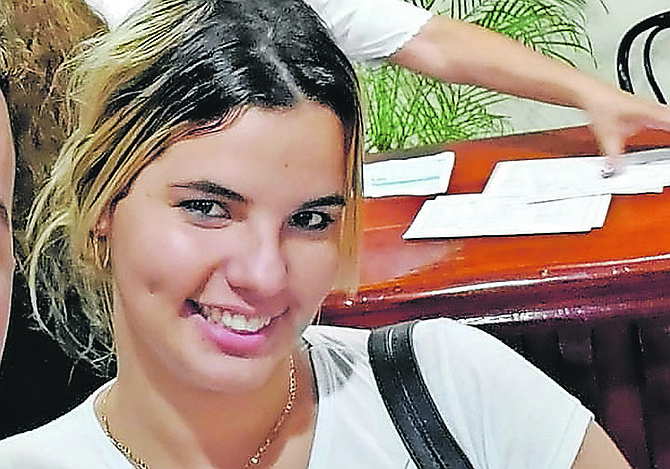 IMMIGRATION officials have denied detaining a Cuban woman after the boat she was on capsized in Bahamian waters three months ago, believing her to have died onboard the vessel along with several others.

Adriana Maria Caro, 22, was said to have been onboard a Cuban vessel that was intercepted by Cuban, Bahamian, Turks Island and US Coast Guard officials in early March.

According to court documents, for some “unknown reason” there was an accident on Cay Sal Bank and the boat subsequently exploded and sank. It has been said that some 15 to 20 people died in the incident.

Surviving passengers, according to immigration officials, were repatriated to Cuba in April, court documents also note.

However, relatives of Mrs Caro have said they have reason to believe she has not been deported to Cuba and is still being detained at a local immigration facility.

Immigration officials were also ordered to prove that they acted lawfully when they allegedly detained a Cuban woman, believed to be Mrs Caro, who was reportedly placed in their care after the incident.

In an affidavit filed on Tuesday, Mr Joseph said that Mrs Caro is not being held at the facility nor was she ever detained there, adding he believed she had died onboard the ill-fated vessel.

He also explained that Mrs Caro was mistakenly identified for another female detainee who was in custody in relation to a separate matter.

“Ms Cherise Johnson, senior immigration officer, second officer in charge of the detention centre, informed the family members that no such person was being detained.”

“. . .When Mr Wallace Whitfield spoke to Ms Johnson, there was a female Venezuelan national detainee in custody who was being transported to court. Ms Johnson, who was also managing another matter at the time, being distracted, in error believed that person referred to by Mr Wallace was the detainee in question and she, therefore, erroneously told Mr Wallace Whitfield that the applicant was being detained at the detention centre.”

Mr Joseph said Ms Johnson, upon realising her mistake, subsequently called Mr Whitfield to inform him of the error, but he refused to accept the explanation.

It has taken much too long for the public to receive the explanation given here. Something does not smell right.