We Must Work Together To Fight A Political Virus 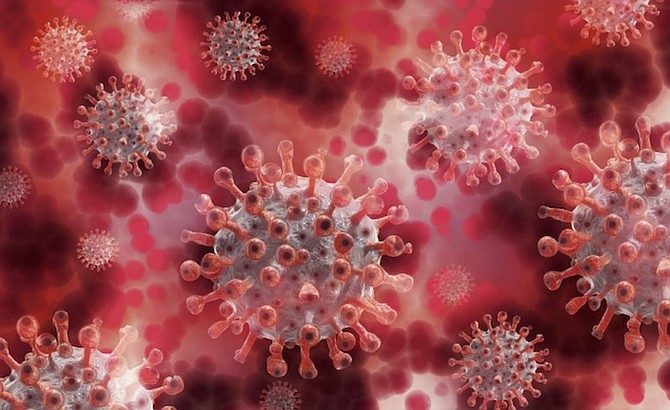 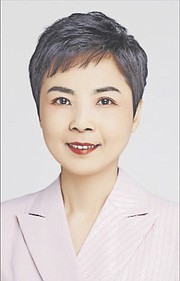 H.E. Dai Qingli, Ambassador of China to The Bahamas.

Ambassador of China to The Bahamas

WHEN China reported cases of pneumonia of unknown etiology to the China office of the World Health Organisation on December 31, 2019, little did the world anticipate that a deadly pandemic unseen in a century was in the making.

Totally caught by surprise, China did its best to fight this invisible enemy and alert the world about it at the same time. From Jan 3, 2020, China started to provide regular briefings to WHO and to countries around the world and we shared the genome sequencing of the virus on Jan 12, a vital step that contributed to the unprecedented speed in which vaccines were developed.

China made painstaking efforts to fight the virus and sustained enormous sacrifices. We locked down Wuhan, a city of 11 million people, for 76 days. Since then, China has seen a string of sporadic cases in different parts of the country. Each time, China applied with success what has since become a well-established protocol, involving mandatory mask wearing, all-round testing, technology-enabled contact tracing and isolation, and free treatment of patients. This enabled China to reopen its economy step-by-step.

Faced with such a pandemic, it is only natural that people want to know what exactly happened and why. To begin with, an important distinction must be made between the country who reported first cases and the actual origin of the virus. As scientists around the world tried to explain, tracing the origin of any virus is a strictly scientific process which needs to run its course.

Humanity’s response to this pandemic so far has been marked by a lack of global cooperation and marred by a blame game aimed at scapegoating particular countries.

China has taken the lead in working with WHO on origin tracing of the virus in an open, transparent and responsible manner. China invited international expert teams assembled by the WHO to China twice and provided full support and assistance.

In a joint study in July last year, hundreds of Chinese scientists did their best to collect and sort out data, and jointly analyzed the cases with WHO experts.

Earlier this year, experts from a dozen countries, including the US, the UK, Japan and Australia, conducted a 28-day joint research in China with Chinese experts. During the joint study, China arranged visits to institutes such as Centre for Disease Controls of Hubei Province and Wuhan city, Wuhan Institute of Virology and different bio-safety laboratories, where the expert team had candid and science-based communications with local experts.

The findings of the joint-expert team suggest the introduction of the virus through an intermediary host species is the most likely pathway, and there is the possibility of a direct spill-over from an original animal source into the human population and the possibility of transmission through the trade of frozen cold-chain products.

The report described the lab leak hypothesis as “extremely unlikely”. This is an authoritative, official and scientific conclusion that should be respected by all parties.

Unfortunately, such scientific work has come under undue political interference. Even before the joint expert group released their report, some countries were already challenging their findings.

The lab leak theorists were apparently unhappy with the WHO expert team for not following their cue or finding evidence to support their claim. They went so far as to question the WHO’s ties with China and the integrity of its officials. Similar political pressure was apparently also imposed on other scientists who dared to suggest a different cause.

Yet the lab leak theorists never produced any concrete evidence to support their assertions, other than claiming that researchers at the Wuhan Institute of Virology were already sick before December 2019. This was refuted in a statement made by the Institute suggesting that they never came into contact with COVID-19 before the end of 2019 and that all their staff were healthy throughout the period.

As the executive director of the WHO’s Health Emergencies Programme lamented, the origin investigation is being “poisoned by politics”. He sounded the alarm at a news briefing, “It puts us, frankly, in an impossible position to deliver the answers that the world wants.”

Such political manoeuvring was unfortunate, harmful and irresponsible. Just as humanity needs solidarity and partnership the most, our world became divided and some are infected with a dangerous political virus that seeks to shift blame and deflect criticism away from their handling of the pandemic. This is totally unhelpful for saving lives or helping humanity avoid a repeat of the disaster.

The work of identifying the origin of the virus should be left to scientists, not politicians, or even intelligence communities. Any investigation with foregone conclusions or based on the presumption of guilt is not a serious one and will not have any credibility.

We echo the WHO’s plea to conduct research in other parts of the world where the virus may have existed. China urges all countries who have seen early cases to cooperate with WHO and follow China’s example by inviting WHO teams to make on-site visits. China will continue to work closely with WHO in a scientific and responsible manner to promote origin investigation worldwide.

As vaccination gathers pace around the world, global recovery is showing a stronger momentum. We are at last seeing light at the end of the tunnel, but eliminating the virus remains an uphill battle. Saving lives and livelihoods and restoring growth should remain the top priority of the international community.

China will continue to provide more vaccines to the world on top of the 300 million that were already offered. And China has agreed to waive intellectual property protection of vaccine patents. China will remain a leading engine for the world economy in the post-COVID era.

This pandemic is not the first humanity has suffered from, nor will it be the last. It may strike any country any time. At the end of the day, only solidarity and cooperation will see humanity through. Just like COVID-19, the political virus has no place in our world - and must be defeated.