Bahamas and all IFCs to feel tax compliance pinch 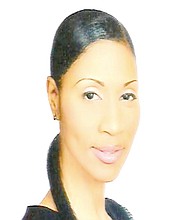 The past decade has witnesses an historically significant increase in international tax compliance measures. Due to the intensification of globalisation and digitisation, and the ease with which cross-border transactions occur in business, these measures have been implemented by international and national regulatory bodies. The international tax compliance landscape has become progressively complicated, and is often unclear for jurisdictions such as The Bahamas. This is a direct result of the proliferation of domestic and international measures, in some cases with extraterritorial applications, such as FATCA (the US Foreign Account Tax Compliance Act), CRS (Common Reporting Standard) and our Register of Beneficial Ownership Act just to name a few. These measures mandate that enterprises with a multinational presence must comply across the countries in which they operate.

Earlier this month, the meeting of G-7 finance ministers and Central Bank governors unanimously reached agreement on international tax reform, stipulating that all multinational companies shall pay a minimum tax rate of 15 percent on their profits. The G-7 comprises Canada, France, Germany, Italy, Japan, the UK and the US. Potential reform of the international business tax regime has encompassed two main policy objectives, coined “Pillar One” and “Pillar Two”. The Pillar One discussions focus on amending the nexus and profit allocation rules to make multinational groups, which operate digitally, pay taxes in jurisdictions where their customers are located, rather than where their headquarters are.

Pillar Two aims to agree a global minimum business tax rate, ending the “race to the bottom” on tax rates. This is where countries undercut each other’s tax rates in a bid to attract large companies to choose their jurisdiction as a home base. The global rate proposed by Pillar Two would also end tax avoidance techniques that seek to exploit the differences between countries’ tax systems. Further, the profit allocation rules agreed by the G-7 shall apply to firms with at least a ten percent profit margin. This deal empowers countries to tax 20 percent of the profits of “the largest and most profitable multinational enterprises” that have profit margins of at least ten percent. Therefore, 20 percent of any profits made above the ten percent margin shall automatically be confiscated from the jurisdiction of domicile and taxed in the jurisdiction where they operate.

Moreover, Pillar Two is the gift that just keeps giving. It also contains an enforcement mechanism. This is activated for jurisdictions that decide not to sign up to the minimum tax rate agreement. They subsequently fall “under the minimum tax payment rule”. Pressure is to be levied on those countries to either comply with the corporate minimum tax, or contribute via the direct income of companies that are domiciled, headquartered and currently making profits in those jurisdictions.

It is undeniable that this deal is an immense step forward in the solidifying the global tax system for the digital age. However, many challenges remain. They encompass the responsibility of the G-7 group of countries to “sell, hook, line and sinker” the very notion of this “15 percent corporate minimum tax” to the finance ministers of the G-20 nations next month in Italy. The final deal must also be signed and finalised by the G20 leaders when they reconvene in October 2021.

The wider approach by the US, the UK and countless other countries aims to ultimately end the practice whereby multinational companies and/or individuals transfer their assets anonymously between jurisdictions to lessen and/or evade the payment of taxes in the countries where they make their profits. These so-called “tax havens” have been placed on a list of annihilation. The fear is that the tax base of all countries is rapidly being eroded by wealthy individuals who are accumulating capital in low-tax environments such as The Bahamas. The same tactic is being used by multinational companies, distorting competition by paying less and less tax through engaging in tax arbitrage between rival jurisdictions.

In recent years it has become evident that national tax laws have not kept pace with globalisation. Consequently, most governments have become concerned about the deterioration of their national tax base and earning enough revenue to deliver essential services for citizens, such as education, health care and policing respectively. This concern was among the many factors that led to the G-7 finance ministers and central bank governors unanimously reaching an agreement on international tax reform.

The G-20 group has already asked the Organisation for Economic Co-operation and Development (OECD) to develop an action plan on how governments might obtain the tax revenue they require on a global basis, while permitting businesses to invest and grow. That report, now published, identifies 15 specific actions to stop corporations from paying little to no taxes under international double tax rules that date from the 1920’s. It concentrates on the digital economy and its ability to empower goods and services to be provided in ways that do not fall within the traditional scope of any tax regime.

The OECD report recommends that a new set of standards be established to prevent double non-taxation. Moreover, there should be more intricate international efforts so that income does not disappear from the reach of tax authorities. Often times, this transpires by companies calculating the use of multiple deductions for the same expenditures, but in different jurisdictions. There is uncertainty around whether all governments will be minded to agree and make the necessary changes to execute the proposed plan of action. Nevertheless, the fact that numerous leading nations have fundamentally acceded to the principles involved suggests an imminent transformation in the way in which sovereign states tackle taxation and tax competition. Especially when they are faced with the fact that globalisation, offshore centres and digital insurgency are being used to facilitate huge sums of money being moved around the world beyond their fiscal reach.

In this vein, it is projected that all OECD members and G-20 countries will develop their plans within the next two years. The process to implement this change will be fraught with difficulty, especially the uncertainty as to whether nations beyond the scope of the OECD and G-20 can be persuaded to adopt these new tax principles. The territories set to feel the first pinch of these new policies are most likely to be the UK’s overseas territories in the Caribbean, especially Bermuda, the British Virgin Islands (BVI) and the Cayman Islands who went to great lengths to legitimately establish a quite sophisticated legal environment with the encouragement of the UK government. This empowers low or no-tax operations through a myriad of offshore financial vehicles. Undoubtedly, The Bahamas will not be too far behind, and most likely will be forced to implement a ‘low tax’ - not a ‘no tax’ - regime to fall in line with other CARICOM nations to and stave off continued blacklisting by the OECD.

Caribbean nations offering financial services will not remain immune indefinitely, as it is likely they, too, will follow in short order. These regions will be forced to contemplate how to beneficially align their offshore and onshore regimes so they can comply with the OECD’s and G-20’s current approach.

NB: Thamara Saunders-Munnings is an attorney, called to both the Bars of England and Wales and The Bahamas respectively. She began her practice as an associate at Davis & Co in November 2005. She was junior counsel to Philip Davis in the Pinewood and the Marco City election court cases. She has years of experience in the financial services industry as in-house-counsel, and is distinguished as an exemplary compliance specialist with diverse international accolades. She is currently the tax compliance consultant at the law firm of ParrisWhittaker.