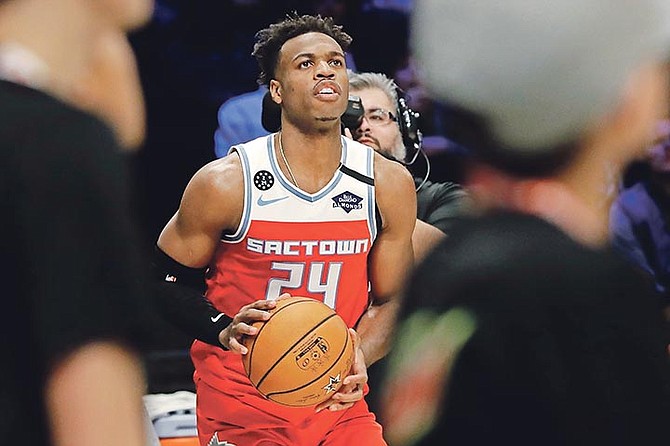 The reigning champion in the event was not listed among the six-player field announced by the league yesterday.

The 35th edition of the event will take place prior to the All-Star Game on March 7 in Atlanta, Georgia.

The COVID-19 pandemic has shifted the schedule of the current season.

And, for the first time, it has forced the entire schedule of festivities to be hosted in a single day.

Prior to the announcement on the list of participants, Hield - who recently became the fastest player in NBA history to 1,000 made three-point field goals - said he mulled over the decision of whether he would accept an invitation to the event.

“I don’t know yet I’ve been having mixed emotions with the COVID restrictions, especially since I haven’t had much time with my family.

“I’m just trying to see how the COVID rules and boundaries are set up,” Hield said following Sunday’s loss to the Charlotte Hornets.

“No clear cut ‘yes’ yet so we will see in the next couple of days.”

The fifth year Kings guard is averaging 16 points, 4.4 rebounds and 3.1 assists per game this season on 39 percent shooting from the field and 36 percent from three-point range.

At the 2020 event, Hield posted a final round of 27 points and clinched the title on his final shot to defeat Booker in the final round of the Mtn Dew Three Point Shootout at State Farm All-Star Saturday night at the United Center in Chicago, Illinois.